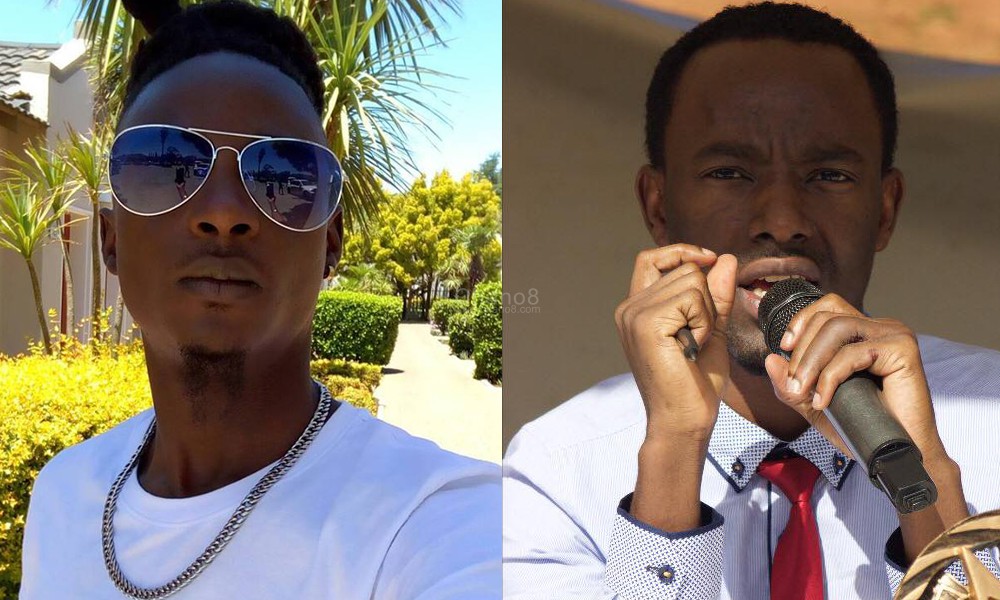 Late last week, Dancehall artiste Kalifah Aganaga went to Galaxy FM offices in Kansanga to express his dissatisfaction over one of the radio station’s show hosts Jonathan Nalebo whom he accuses of tarnishing his name.

Aganaga claims that Nalebo has been pouring scorn on his name to an extent that Nalebo had to influence other Djs and presents not to play his songs. For that matter therefore the ‘Oyitangayo’ singer personally attacked Nalebo seeking for clarity on why he is doing so.

Aganaga pulled out his phone and began recording as he questioned Nalebo and in that process according to what we see in the video that appears on Aganaga’s Instagram, Nalebo is seen standing up in an attempt to stop Aganaga from recording the video. Meanwhile, it is surprising how Khalifah claims that Nalebo assaulted him. He filled a case at Kabalagala Police station accusing Nalebo of assaulting him.

But where did all this begin? Going by Aganaga’s statement, he says that he met Jonathan who was the then manger to ‘Galaxy Music’ artiste Minah Izah in 2016. Nalebo and the Galaxy FM boss asked him to promote Minah in exchange of an award at their annual Galaxy FM Zzina Awards, massive air play on the radio station among other things. Aganaga did as asked but was surprised how Nalebo began tarnishing his name years later

But however, according to the information we got from an insider who was at the scene, he told Chano8 that Aganaga is accusing Nalebo falsely because Nalebo did not assault him.

“Aganaga found Nalebo and some of his workmates seated outside and then he began abusing Nalebo and the entire Galaxy FM staff. Jonathan and these other guys kept calm and I think Aganaga was disappointed so he pulled out his phone and began recording the video of Jonathan. That is when he stood up to ask him why he was recording his the video. Nalebo did not put a single hand on Aganaga.”

In an attempt to revamp his music career which had almost died, Dancehall artiste Khalifah Aganaga has since then amused us. He recently posted a controversial video of himself dissing artistes A Pass and Ykee Benda saying he is better than them. In the same video, Aganaga is heard saying how him and the Jose Chameleone are the only big artistes and how he I the artistes with most successful concerts