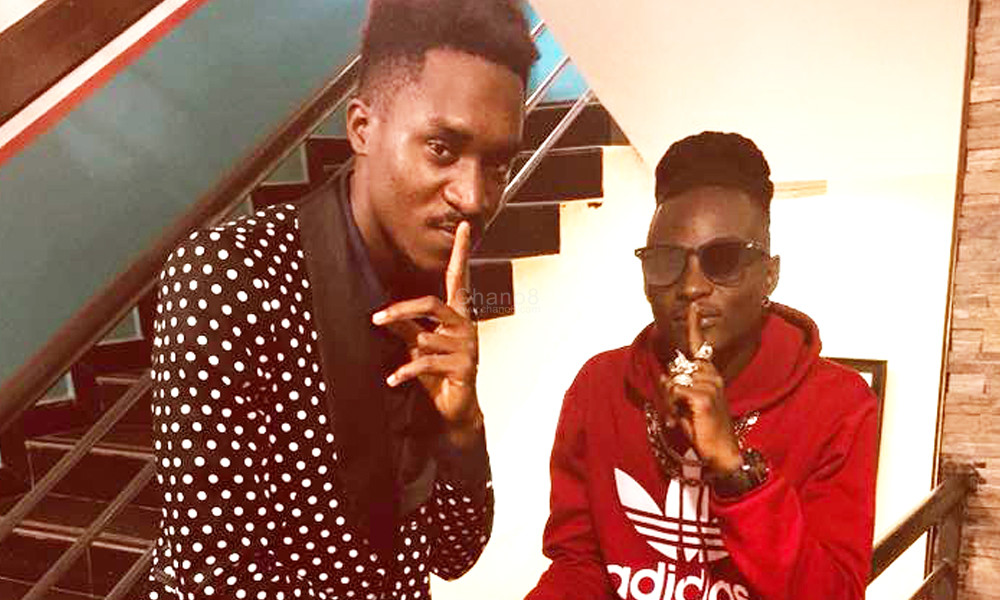 A few weeks ago, Aganaga took to his social media platforms where he shared a self-appraisal video of himself claiming how he is the best artiste in Uganda with most songs and most concerts. In the video, he went ahead and dissed artistes A Pass and Ykee Benda saying they aren’t good enough as they think they are.

A Pass and Ykee didn’t fire back at him but yesterday Aganaga met with A Pass at NBS TV’s ‘NBS After 5’ where they were hosted for an interview. As usual, Aganaga, came with all the disses as he called A Pass’ ‘Didadada’ tune a demo.

The show’s disk jockey played for them a random dancehall rhythm and straight away Aganaga began doing what he does best. After close to a minute and a half of throwing serious hard core freestyle, Douglas asked the Dj to pull it up so that A Pass could prove his prowess too.

Although we expected A Pass to do justice to the rhythm, we were disappointed by his inaudibility, which forced Aganaga to come back with part two of the free styling until Douglas stopped to continue with the interview.

A Pass and Aganaga are perceived to beefing which was sparked off aby the fact that A Pass turned down Aganaga’s request for a collabo song a few years ago.