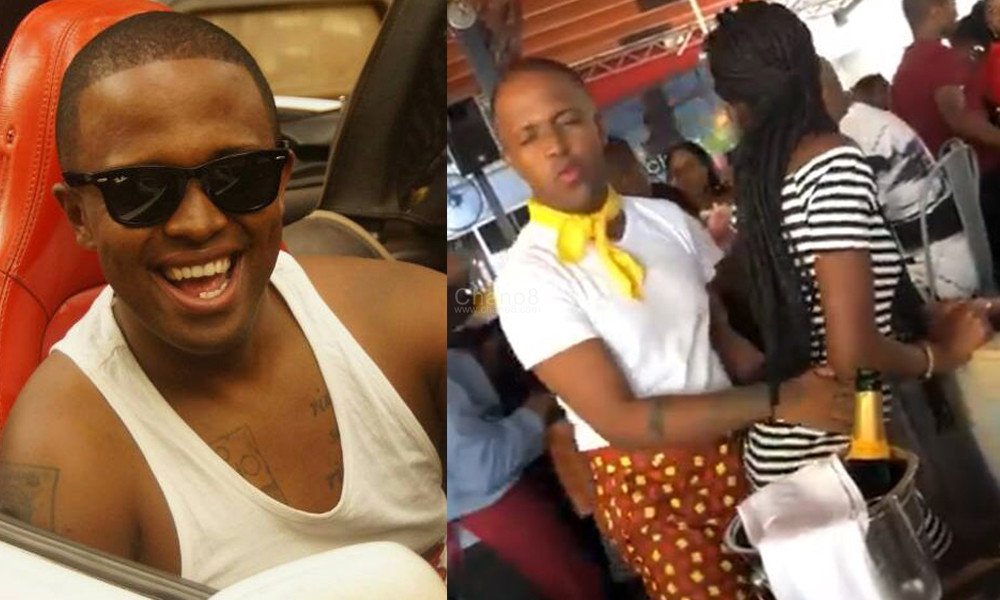 He is known for a ladies man and those who have seen him partying at the different hangouts in Kampala, it’s rare not to find him in company of at least 3 hot girls, with whom he dances with among doing other fun things with them.

In the 13 seconds video, Denzel is seen enjoying a hot rubadub from a chick whose face is not clearly seen. The TV presenter who cannot contain the sweetness he is feeling is seen holding the lady by her waist as she continuously  rubs her behind on Denzel’s groin. Meanwhile, all this is happening at what seems like a hangout spot with people seeing and minding their business.

Meanwhile, the video attracted attention from Twitter users who gave their comments.

“Did you get her consent?” Someone asked. “Thank you for inspiring us, we gonna squeeze them your way” another Twitter user said.

A few weeks ago there were allegations circulated on social media by one girl who came out and  claimed that Denzel allegedly raped her friend. This gave birth to what we may call other confessions from other girls who took to social media to accuse Denzel of molesting and using them while they are drunk.