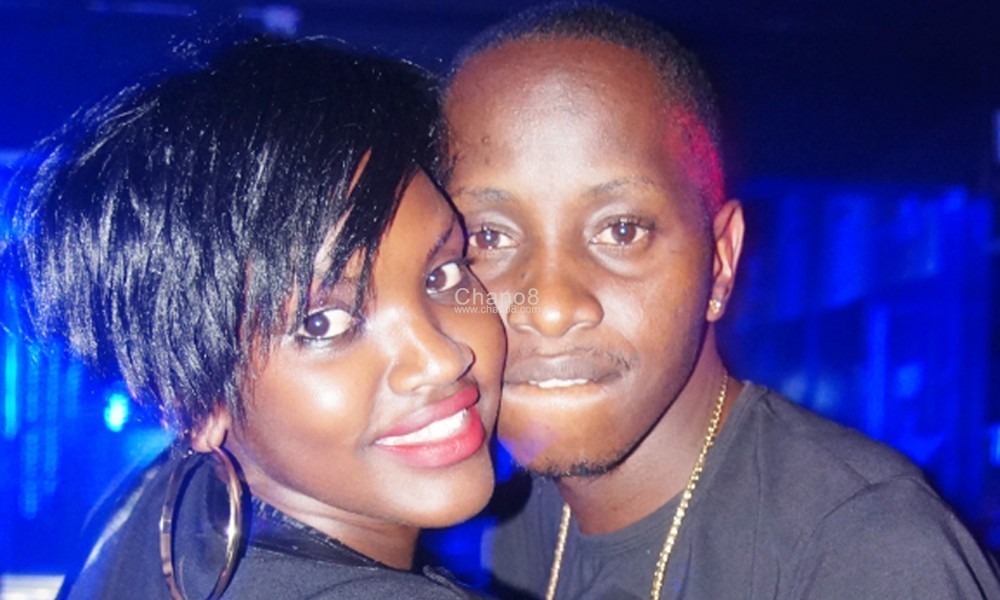 One might ask him or her self why the celebrity couple of MC Kats and singer Fille cannot sit on a round table and fix their love issues. Since we don’t know what exactly is wrong, we shall not judge them. What started as a rumour that the two separated a few weeks ago later turned into reality

Fille publicly said that she is now embarking on her music journey as an individual with a few of her trusted teammates, meaning that she is no longer under Kats who has been her manger

Anyway, all this left aside, there was drama on Valentine’s Day night at Vegas Chill Out Bar in Kawempe where MC Kats was the host of a Valentine’s Day event that was held there. Fille was one of the headlining artistes at the event but her performance was cut short after angry Kats stepped on stage and took the microphone away from her

This clash is believed to have been triggered by the fact that Fille performed her controversial ‘Fall In Love Again’ song. No sooner had she reached midway her performance than Kats stepped on stage and grabbed the microphone from her

Fille didn’t show any resistance but at that moment, a yet to be identified dude, who seemed like her bouncer intervened and tried to push Kats away but Kats overpowered him before he began bragging how he is more powerful than the anonymous dude and how he got Fille from grass to grace.

“This man thinks he can touch me, sir, I am bigger than you are. These two think they are powerful but I discovered this artiste when he had nothing on her” Kats said before Fille and her dude left the stage and went away. The NBS After 5 show host later emotionally stepped off stage as well in what seemed like an attempt of following Fille