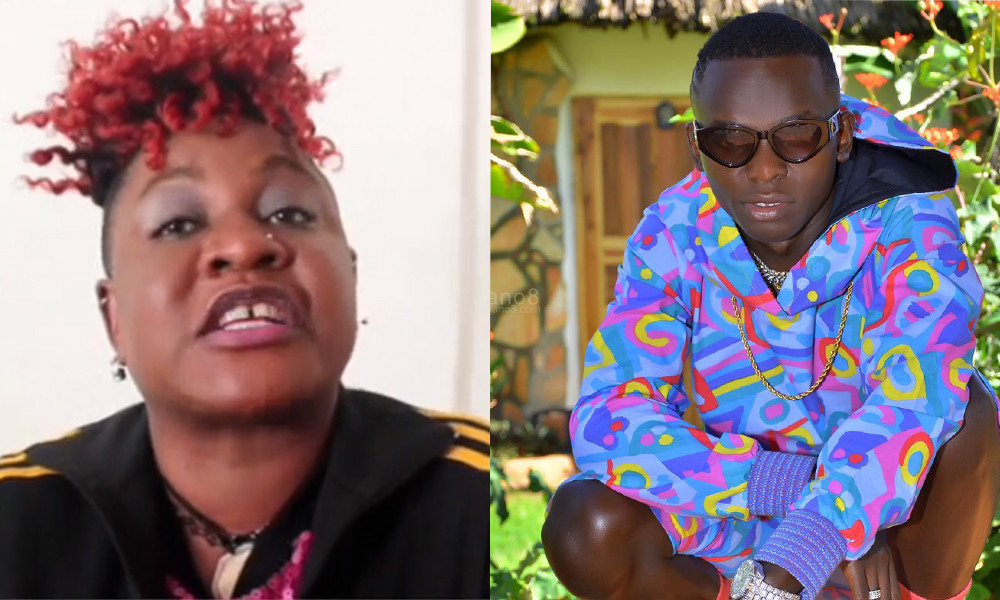 You would ask yourself why amongst all artistes, Full Figure chose to now diss John Blaq who is barely two years in the music industry. In a short video clip extracted from her recent interview with an local online TV, Full Figure is clearly heard uttering out negative sentiments about Blaq

This was all sparked off when she was asked to give an insight about John Blaq’s future in the music industry but instead of giving positive criticism which is allowed, she instead dissed the ‘Tukwatagane’ singer. As a matter of fact, she said that John Blaq’s career won’t go far.

“John Blaq has no journey. Even if you compare him with Fresh Kid, Fresh Kid is better than him. First of all he does not have good stage performance, he is not handsome and good to look at and doesn’t have a hit song. The so called hit songs he has appeal to these useless slay queens” Said Full Figure

As if that wasn’t enough, she went ahead to say that John sings like he about to throw up.

On the other hand, although she dissed John Blaq, it will not change the fact that musically he is better than her basing on the fact Full Figure’s songs are not in fans’ ears just like Blaq’s