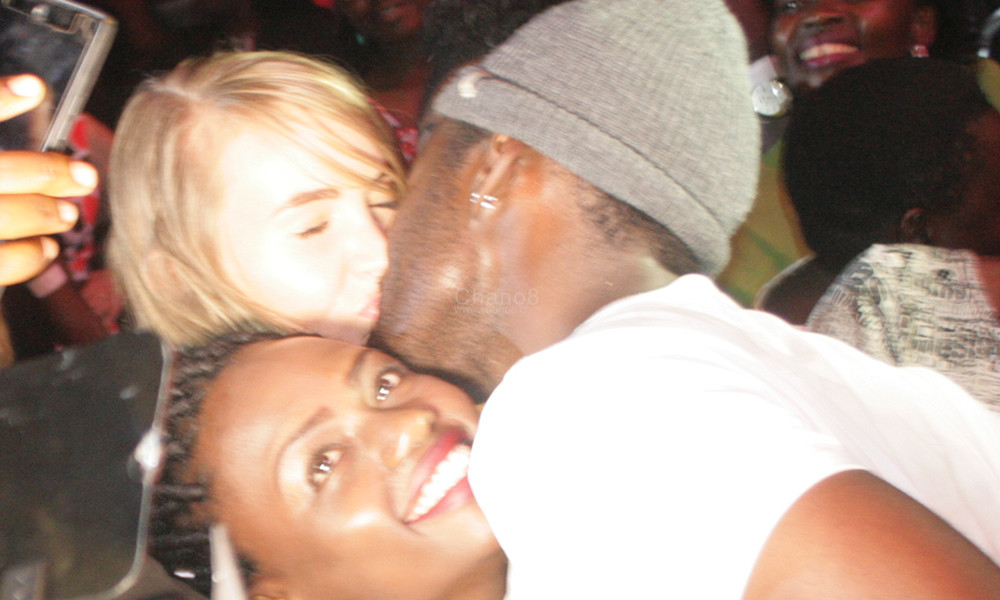 It was a fun filled event that boasted of nothing but awesome live performances from his curtain raisers namely Shifah Musisi, Afrie, JC Muyonyo and Nico who warmed up and kept the crowd excited as his time drew closer.

He took to the stage at half past 9 PM as the excited crowd screamed. (The ladies were just crazy). ‘Kankuwe’, ‘Nze Ani’, ‘Never Been Loved’, ‘Mwooyo’, ‘Horses In The Sky’ were among the songs he performed first but as he sang ‘Mulembe Gwa Kirya’, the crowd got crazy to an extent that he had to step off stage and join them

This was like a dream come true for the ladies who were eagerly waiting with their phones, ready to take selfies with him, as well as touch and have a feel of him. It was at this moment that a female fan got an opportunity to swap saliva with Maurice

As he moved around the crowd saying hello to individuals who were gathered near the stage. A white chick (Mzungu) then called him by his name, as she pulled her face towards his, with nothing but total intentions of kissing with him.

The ‘Busaabala’ singer had no option but to grant her a chance and with in a flash of seconds, the crowd saw them kissing passionately. Their kissing session took a few seconds before Maurice took to the stage again and continued his performance.