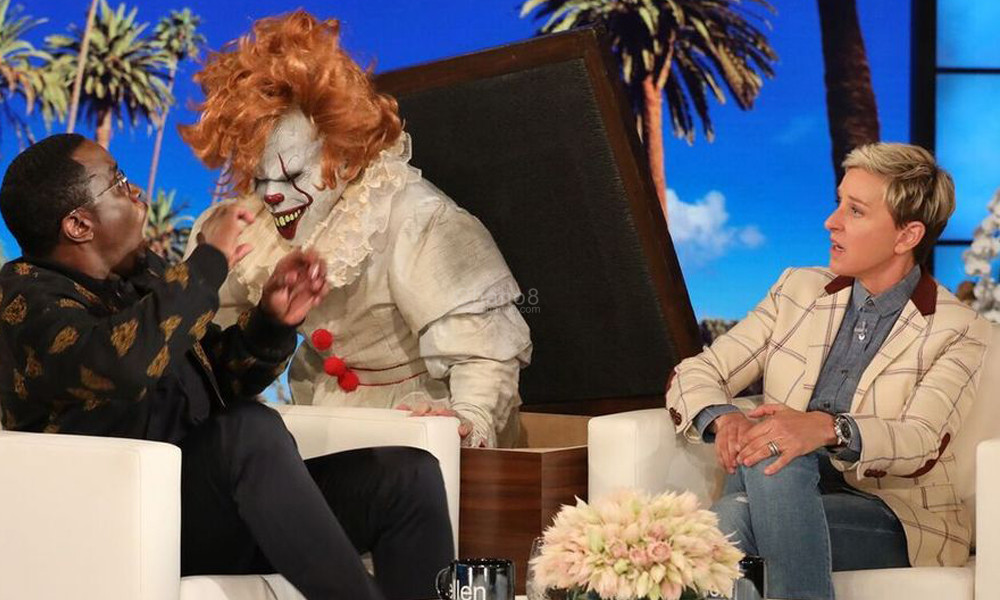 We are in the Halloween season so get ready for clowns because you might end making news like rapper Puff Daddy aka P Diddy who experienced a frightening clown scare he must still be thinking about, last Thursday.

This happened moments after the rapper had assured the whole world how he doesn’t fear clowns during a live interview on Ellen DeGeneres show. Ellen asked the rapper about a rumour that clowns scare the hell out of him but he adamantly insisted, claiming that his clown fear is only a rumor

“Impossible,” he told Ellen during the interview. “Because I’m a black man. I have so many other things to be fearful of, a clown’s not gonna scare me.” he added before a person wearing a clown costume then popped up next to Diddy’s chair.

To our shock, he wildly screamed and later fled his seat in total fear. On Realising that he had actually gotten scared, the rapper pulled some rare dance moves as a consolation but the world had just watched him contradict himself