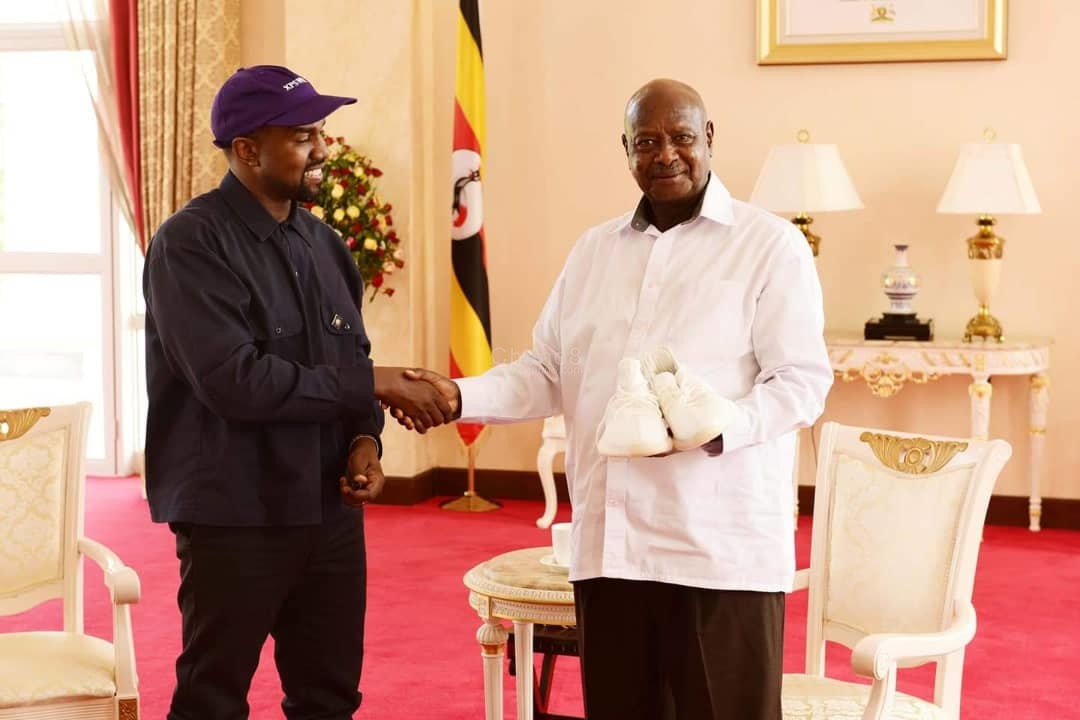 Among the things president Museveni will be remembered for is being a great sportsman. He has on more than two occasions played football.

This makes him well acquainted with the shoes that footballers wear while on the pitch but on Monday the 15th of October yesterday while hosting American rapper Kanye West and his wife  Kim Kardashian at state house in Entebbe, Museveni surprised many when he called the pair of Yeezy Snekers Kanye gave him as a gift football shoes. .

After receiving ‘Yeezes’ as they are called from the rapper, the president was exited to have received a gift. “very good, they are football or for what?” Museveni asked Kanye as he keenly looked at the sneakers before Kanye explained to him that they are for going to the gym although he is aiming at making football boots in the near future.

The president was impressed after learning that it is actually Kanye West’s company that makes these shoes.

Kanye West has however been criticized by Western tabloid for having visited president Museveni who is referred too as a ‘dictator’ and one who hates, persecutes and kills homosexuals and lesbians