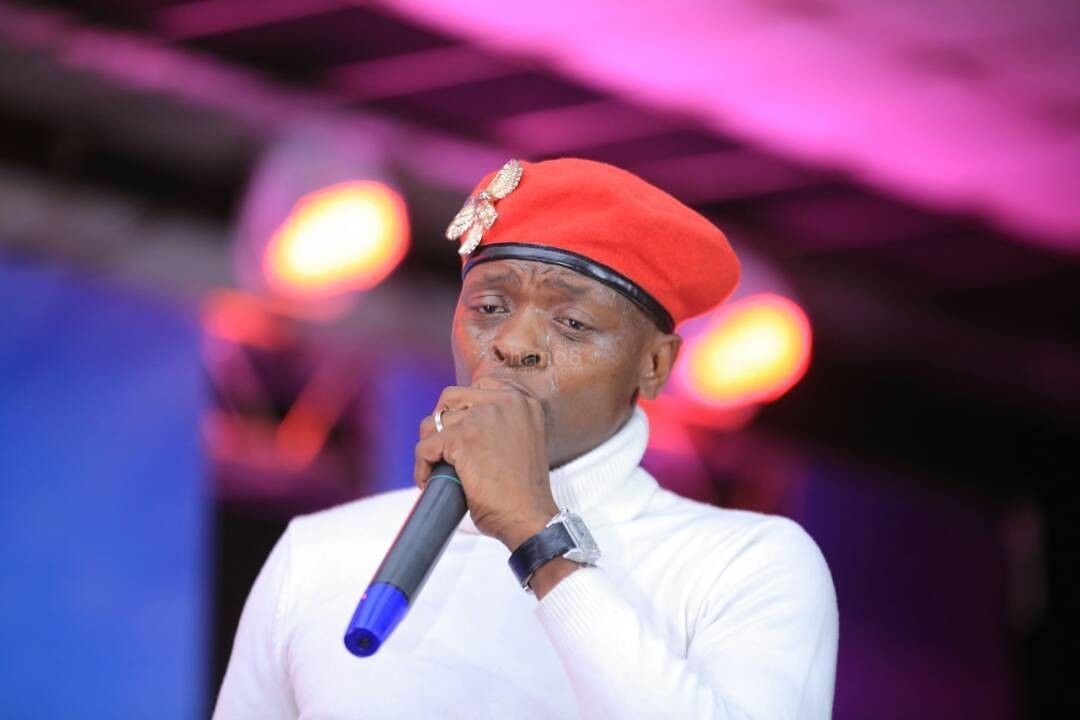 Jose Chameleone’s love for attention will probably never cease and he will also never stop amusing the public because of the things he does all in the name of wanting to be the topic of talk.

While attending fellow artiste Catherine Kusasira’s introduction ceremony which took place at her ancestral home in Luweero district on Friday the 20th of April 2018, Chameleone caused some uncalled for chaos although he did not really intend to disorganise the ceremony.

Alongside his sons Abba and Alfa, the ‘Agatako’ singer landed on a journalist he had always wanted to and that is none other than Bukedde TV’s ‘Olugambo’ show host Seguya Josephat . He warned him before everyone to stop gossiping about him which later sparked off some short chaos but the security made sure the two did not exchange fists which they almost did.

The confident Chameleone according to the way he was talking, attacked Seguya and the two got into a hot kind of argument as he timelessly told Seguya to stop talking ill about him on his daily TV show as well as Seguya defended him self, trying to make Chameleone understand.

According to eye witnesses, Chameleone was assuring Seguya that even if he tries to tarnish his name, he cannot put him (Chameleone) down. The annoyed singer asked Seguya to respect his age and stop doing things like children as the attendees looked on in disgust.Chameleone

“Seguya you are 50 years plus but you speak nonsense, I will beat you up. I am Joseph and you will change anything from me because I am bad.” Chameleone was heard speaking

Chameleone was doing all this as the introduction ceremony’s MC asked him to cool down his temper but the MC’s request fell on deaf ears. As if expressing his dissatisfaction to Seguya was not enough, Chameleone threw some notes of money into the crowd as the security officials tried to take him away to save the fight which almost broke up between him and Seguya.

The crowd that was near Chameleone went rowdy as everyone tried to pick a note from the multiple notes he threw in the air. Security did its job perfectly to overcome the unruly Chameleone and later, the function continued.

We have the video,