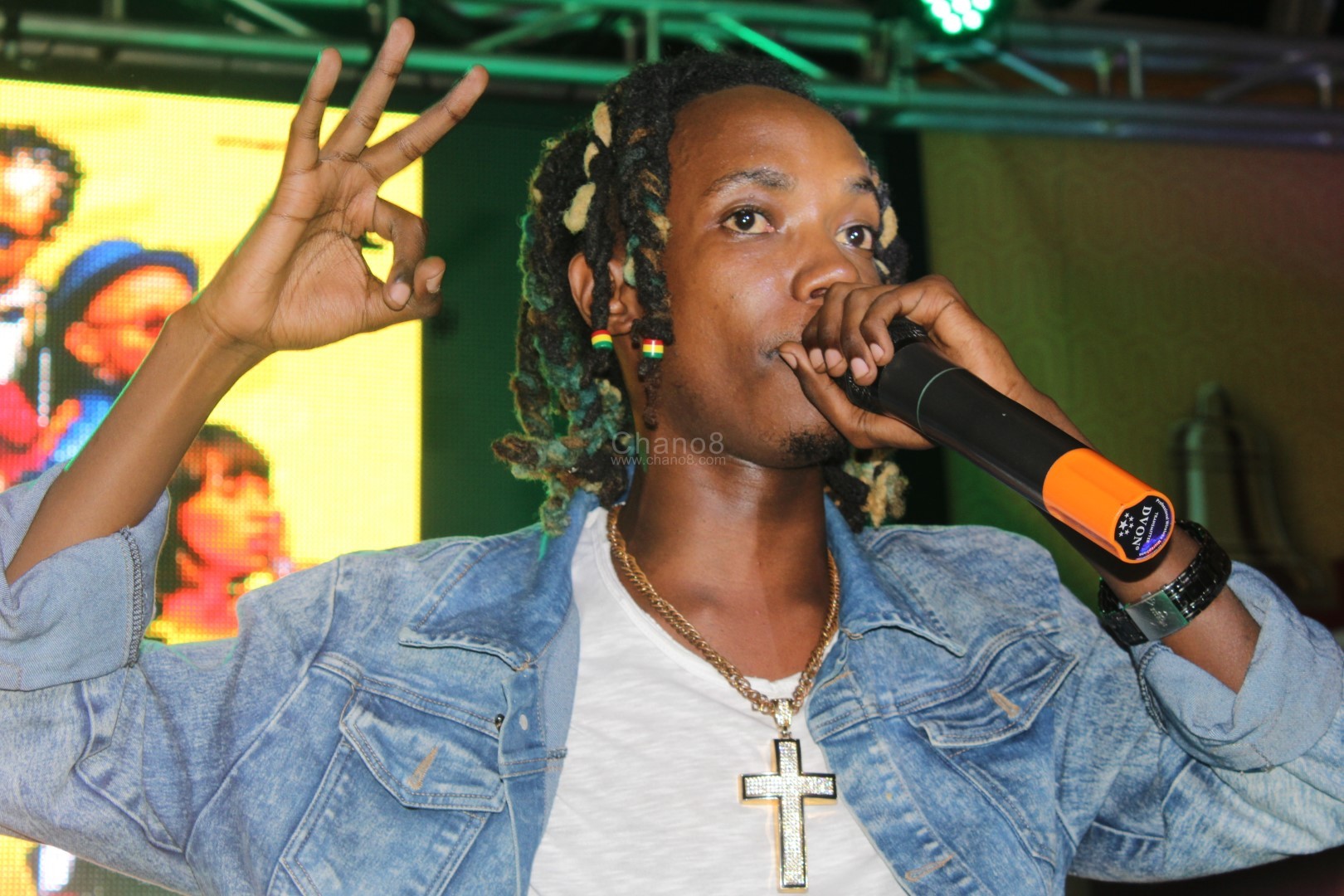 Let them not lie to you. An artiste who claims to be a rapper and cannot freestyle on any random Hip Hop instrumental is not a real rapper.

Freestlying proves a rapper’s capability and this is what happened at the recent ‘Swangz Avenue All Star Tour’ launch that went down at the Industrial Area based The Square where rapper Feffe Bussi was one of the invited artistes to perform for the revelers. He did not only perform but brought the house down with an extremely thrilling freestyle session.

However, before Feffe took to stage, there were other rappers namely Da Agent and Jim Nola who performed. They did some of their songs but what caught the attendees was when they sang their ‘Who Is Who’ Hip Hop challenge songs.

As they did their thing, Feffe Bussi who is the fire starter of this ‘Who Is Who’ challenge carefully watched them silently. When it was his time to perform, he said this as he walked to the stage. “A real rapper doesn’t just sing along the song, he does a freestyle.”

No sooner had he finished saying that than the Dj played his ‘Who Is Who’ tune although he asked the him to play the song’s instrumental. Revellers thought he was going to sing the same lyrics he sang in the song but they were instead blown away by the creativity she show cased

His fresh lyrics were derived from what happened at the launch and fans were excited by the way he was playing with words and mentioning some individuals’ names as they jumped and cheered him on.

Attendees who were a mixture of journalists, fans, and musicians cheered the 24 year old rapper through out his performance and among them was comedian Salvado who couldn’t control his excitement and came and lifted the pencil sized rapper up in the space.

After the freestyle, fans did not ask for more but they were all saying he had given them enough not to demand for more 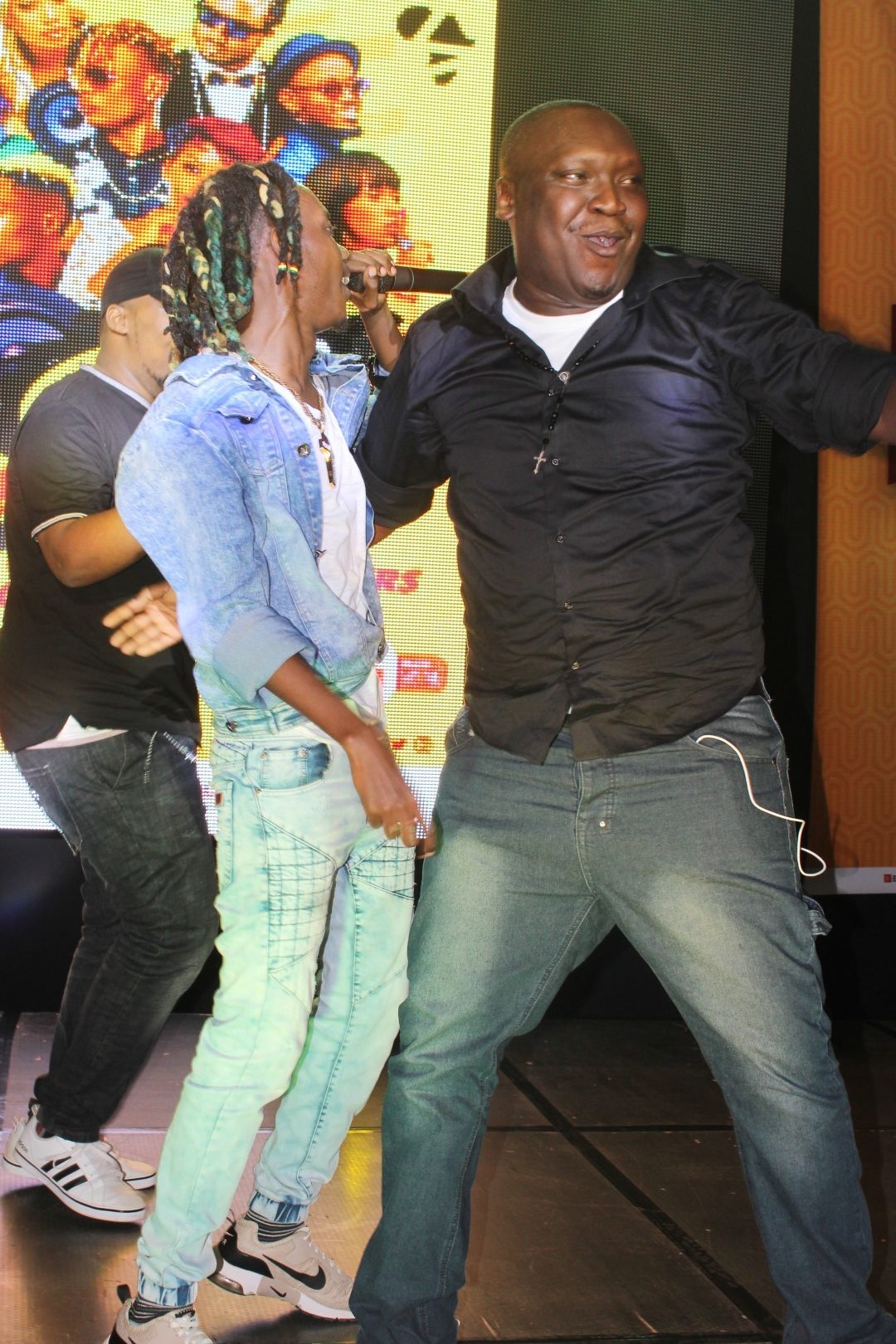 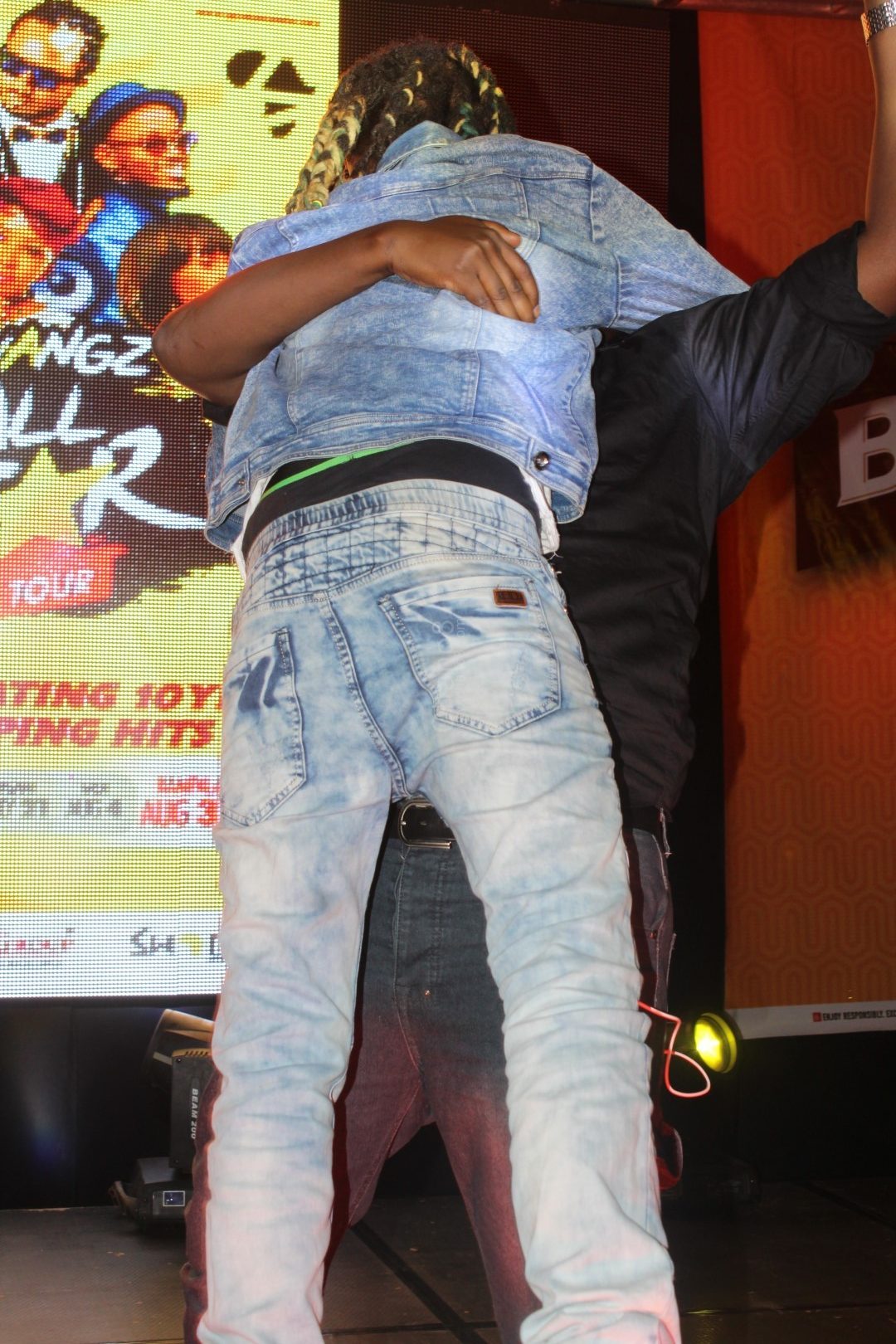 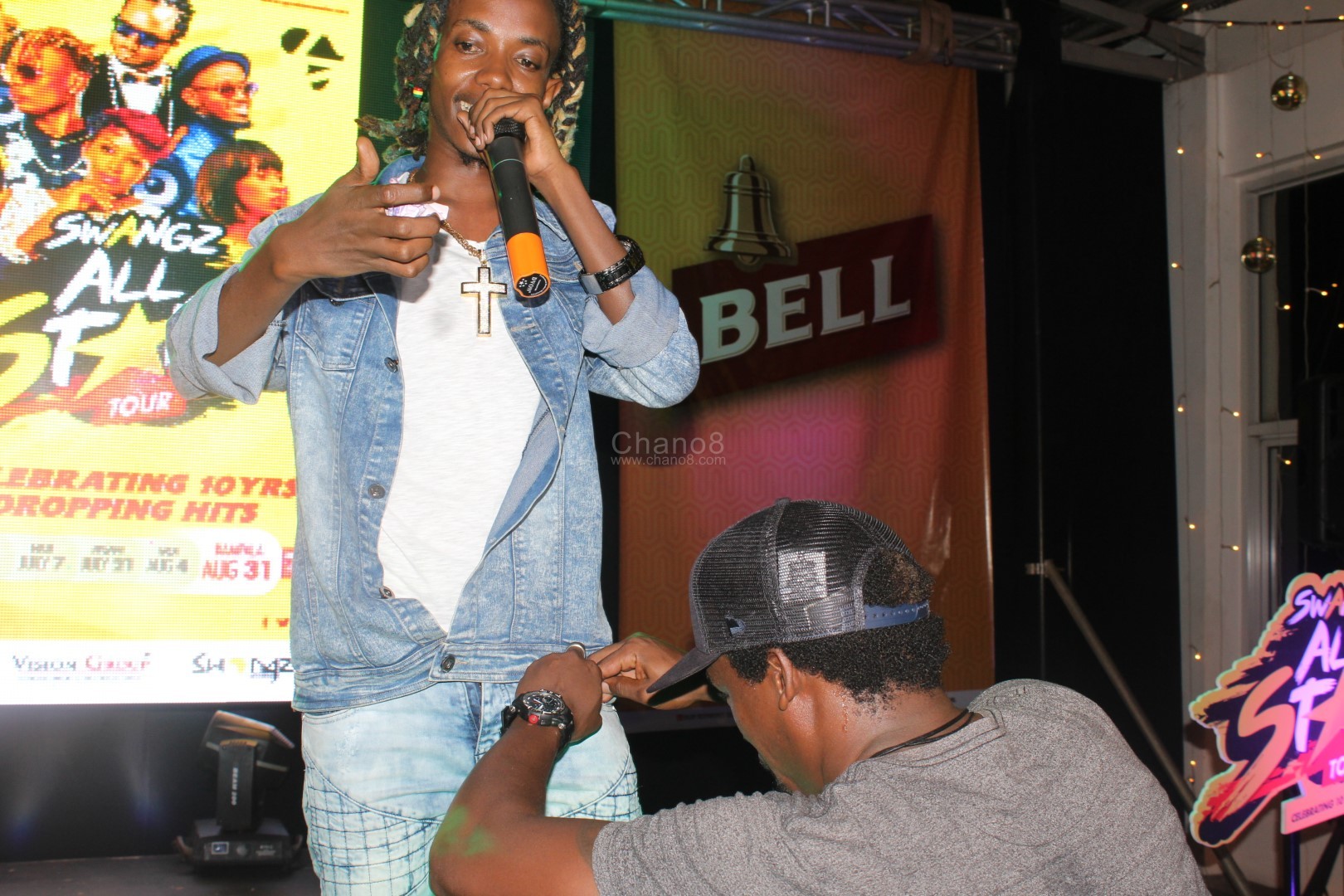 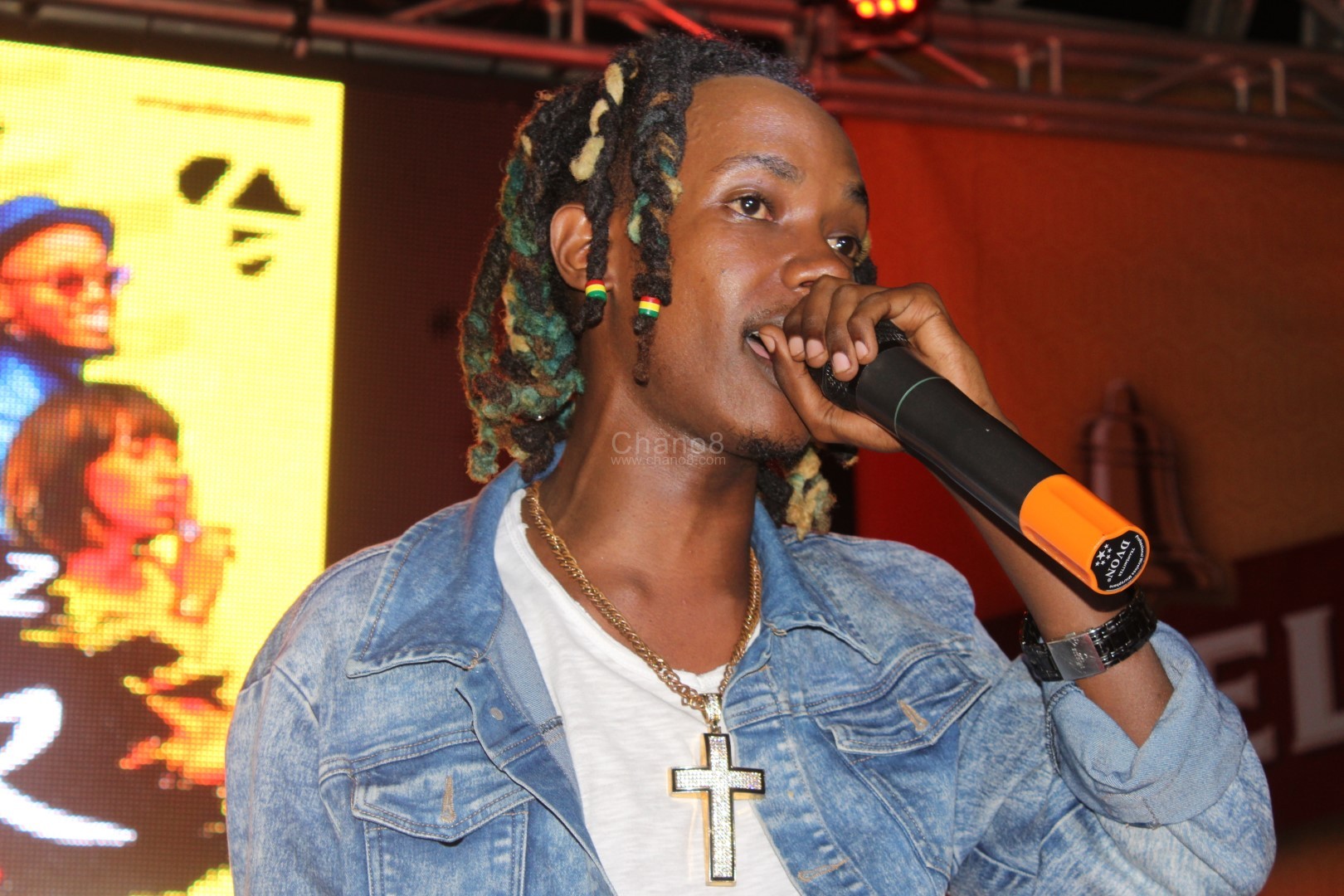