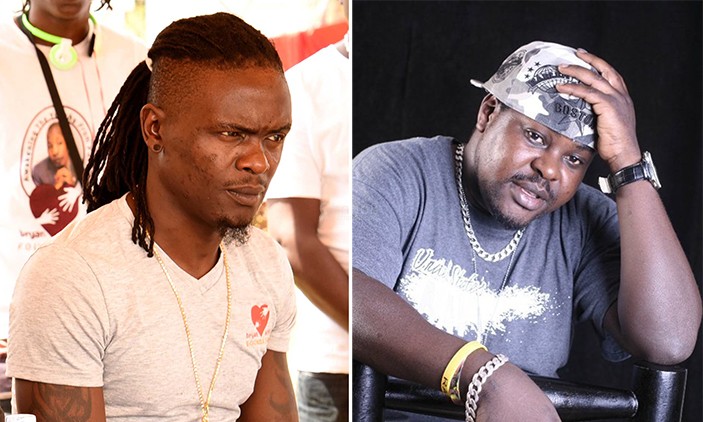 From the time Mowzey Radio died, Goodlyfe Crew is no longer the same when it comes to management issues. Although Weasel promised to push the brand forward, that cannot be possible when the management has loopholes.

Like a fortnight ago Weasel  fired Chagga who has been the Goodlyfe manager for close to six years over reasons that Chagga booked many shows which he was allegedly forcing weasel to perform at immediately after Radio’s burial. Weasel wanted ample time to grief the death of Radio

The news of Weasel firing Chagga was all over our ears with people criticising Weasel that about critical decision where as some were siding with Weasel to fire Chagga. However, a few days later, it was in the news again that the two allegedly resolved their differences and re-united

Ahead of the Easter Bash 2018 concert slated to take place on Easter day the 31st of March at The Royal Regency in London, Weasel and manager Chagga left for London on Tuesday the 27th of March but to our surprise, the two took different flights .

Our reliable source revealed to us that Weasel used KLM Airlines while Chagga used Ethiopian Airlines. But why?

“It is just the show that brought them together because they did not even use the same planes. Everyone went on their own. Weasel used KLM and Chagga I think used Ethiopian Airlines” Our Source told Chano8.

On the other hand, The Easter Bash 2018 show featuring Weasel will also see other local artistes like Eddy Kenzo, Cindy, Spice Diana and Ykee Benda and it organised by Exposed UG Entertainment UK and Romian Entertainment. 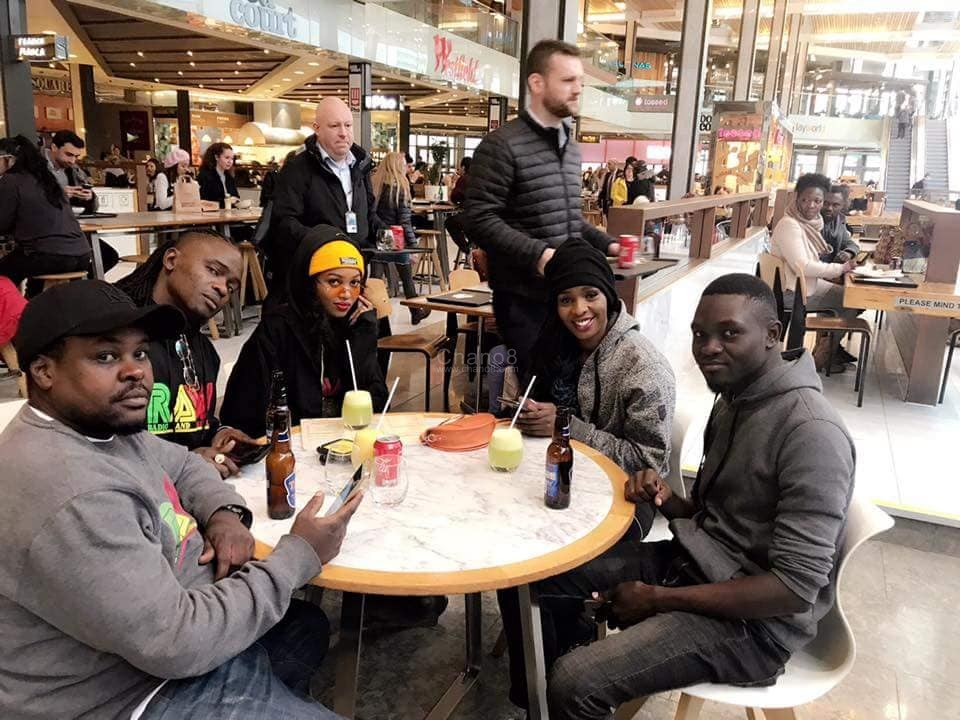 Left to right is Goodlyfe manager Chagga, Weasel, Spice Diana and Cindy enjoying a meal in London ahead of show