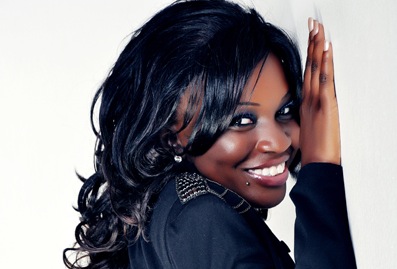 As the old adage goes, blood is thicker than water. It is only grounds like this that can explain the decision of West Nile artistes to start up a campaign to save the life of one of their own. The team, in conjunction with Arua One FM is planning a series of event including car washes and charity concerts, to raise funds to support the life of ailing Jackie Chandiru.

The group met the Arua One management yesterday, and according to Gbaraspoken Mcee on Facebook, have a plan, including charity concerts, runs and car and motor bike washes. It is because Jackie is a daughter of the soil and to them; it is a calling by fraternity to help. More importantly, it was necessary to get Arua One on board.

“We sought Arua One’s support and partnership in organizing a fundraising for Jackie because we feel she represented our music to greater heights and her own people needed to be her backup during this trying moment” Gbaraspoken revealed exclusively to Chano8.

The Team meeting with Arua One FM Yesterday

As of now, most of the energy is directed to having the team grow bigger. Among the techniques to spread the word, the team plans to print shirts and to establish social media presence.

“We plan to have shirts sold too that have messages of well wishes for her. We have also started using the hash tag #SaveJackieChandiru. We have a budget of 15 million as of now.” he added.

This comes after information emerged last month that the ‘Wootuse’ songstress was terribly ill, after a stint of drug abuse caused multiple skin injury and left her in untold pain.

There will be another meeting between the team and Arua One FM come Thursday, in which more details will follow. Chano8 will keep you updated.