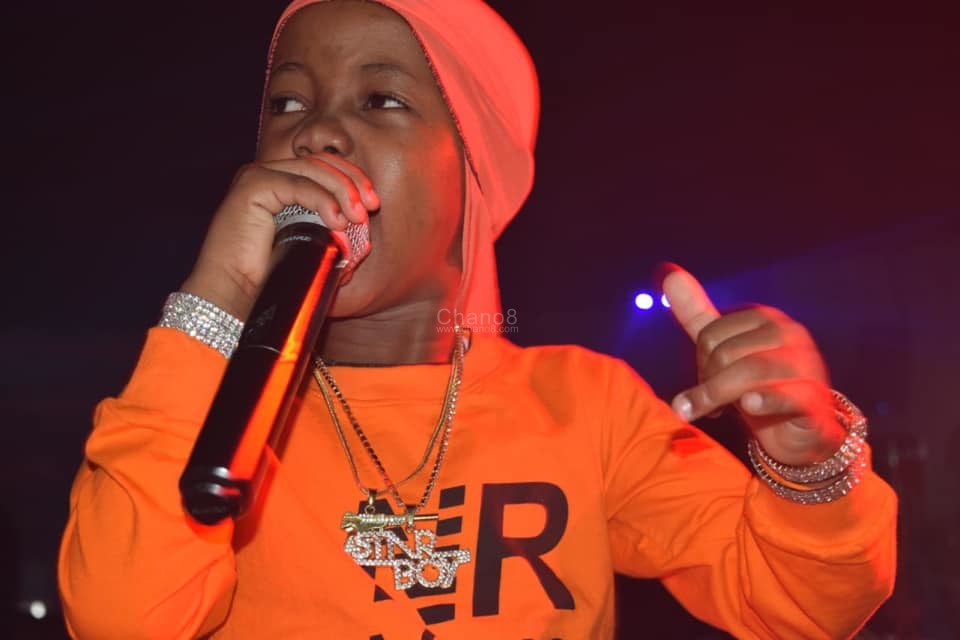 We have been hearing stories that when a person travels abroad, they are completely different when they return. Fresh Kid who has been in Dubai and Abu Dhabi for the last couple of days came back on Thursday but it looks like he hasn’t been getting any feedback home.

Ever since he left, his father, one Mutabazi Paul, now Fresh Daddy has been the talk in the entertainment industry after he took to Dancehall singer Aganaga’s Bad Character Studio to record a song dubbed ‘Mazike’ which was released  and premiered it in a space of just three days.

On his return, the 7-year-old was asked in an interview with a local TV station whether he knows or heard of his his father’s tune that has already become a point of talk in public but his answer shocked us.

“What is ‘Mazike’. I don’t know about that,” was his reply before going to say his signature statement. “Eyo Tuveeyo” loosely translated as ‘Let us leave that topic”.

Fresh Kid and his father have not been on the best of terms as ever since he took custody of him, something that he (Fresh Kid) didn’t welcome. because he doesn’t get access to studio and performances like before when he was staying with his mother as well as his manager one Francis.