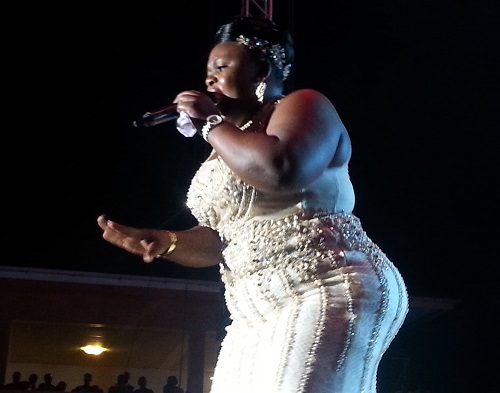 When the June 5th dawned, several critics were anticipating Catherine Kusasira’s show to flop, but that wasn’t to be. Her show, which was held at Hotel Africana was completely sold out.

With CBS’ Meddie Nsekero and Beat FM’s Ruth Wanyana hosting the event, the crowd wasn’t about to be bored as they kept cracking them up with some mature jokes.

The show started off with a low a tempo as several artistes came out to pay their respects to the legendary member of the Golden Band, Catherine Kusasira. Sophia Natongo and the Obsessions had the crowd grooving, but when Kinene Micheal who was dressed in an orange shirt with  black trousers and coat stepped on stage, he brought the ladies to their feet with his omukazi tagwa beeyi which worked as a charm because several ladies danced and wiggled to the tune.

Keeping in mind the time factor, Catherine Kusasira looked stunning in a white and gold gown as she took center stage something that was welcomed with a loud cheer. Starting off with nararira and lovetenda, some fans couldn’t help but jump on stage and dance to show their support for the star. However, one overstayed her welcome and she had to be taken off by security. 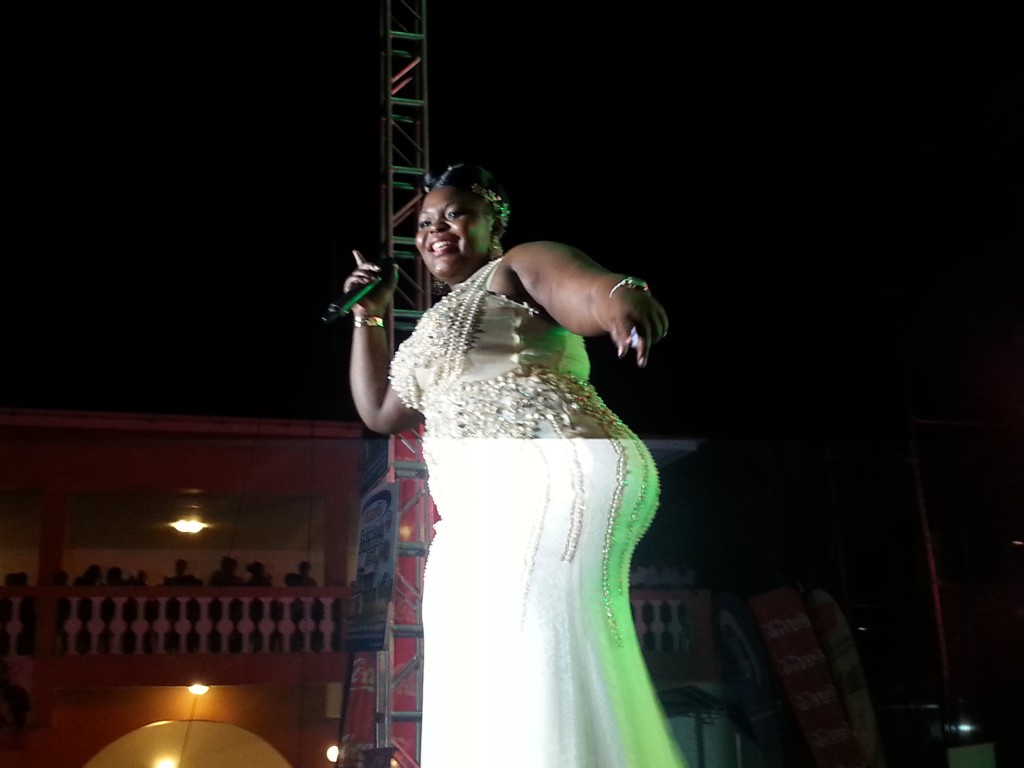 Giving her fans the much needed extra joy, Catherine touched her derriere and asked everyone to touch theirs, something that received a wild ululations.

As she kept her fans entertained, she welcomed the young rising star, Gravity Omutujju on stage who performed olimba with her. His lyrics were just too funny as they had everyone cracking up. When Catherine took a break, Gravity went on to perform his other song motto niwaka.

Then next came Bebe cool who pushed the tempo to unprecedented heights, he’s truly a legend. Even though he performed for a short time, he showed his humble side by kneeling down to thank the fans for coming out to support Kusasira and also accepted them to come and support him via his concert which is slated for August 7th.

Several artists like Jose Chameleone, Stecia Mayanja, Hilderman, Maureen Natume and Mesach Semakula among others also performed at the event. The show was truly a splendid one and it’s no wonder they saved the best for last when all the members of the Golden band took center stage and goofed around as they performed most of their songs.