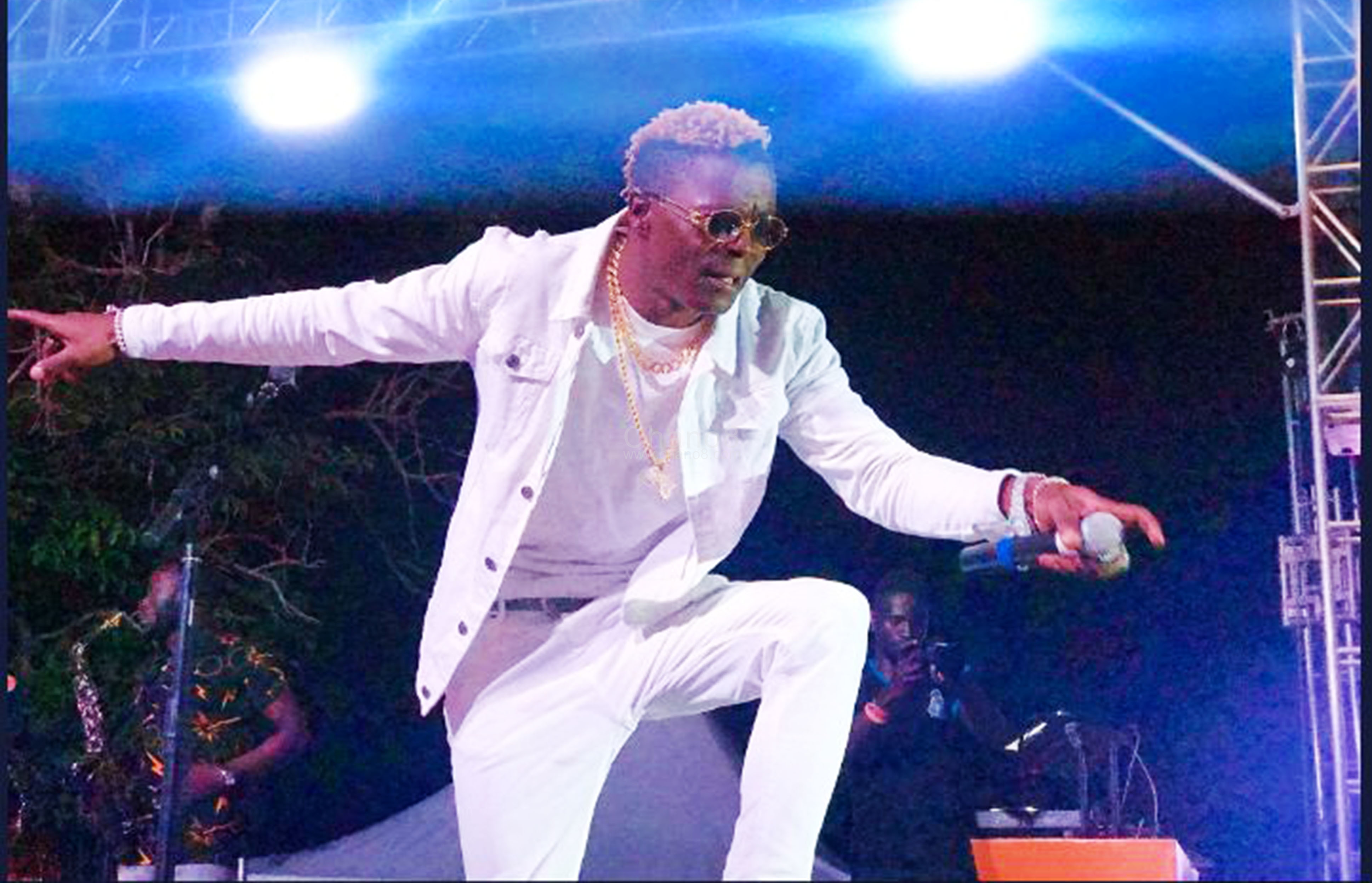 The 8th edition and the last one for this year closed in epic fashion and what a climax it was as man of the moment (and deservedly so) King Saha did justice to the ‘Soul On Strings’ edition with a performance to remember for the massive revellers that turned up on Sunday to blast away the weekend at the Jahazi Pier in Munyonyo.

With about four hits to his name this year, it was only befitting for organisers of the quarterly picnic style event to line up the ‘Biri Biri’ singer to crown it all for the last time this year as the vocal kings and kings did it live on strings strutting their stuff in front of a massive adoring crowd comprising mostly slay queens. 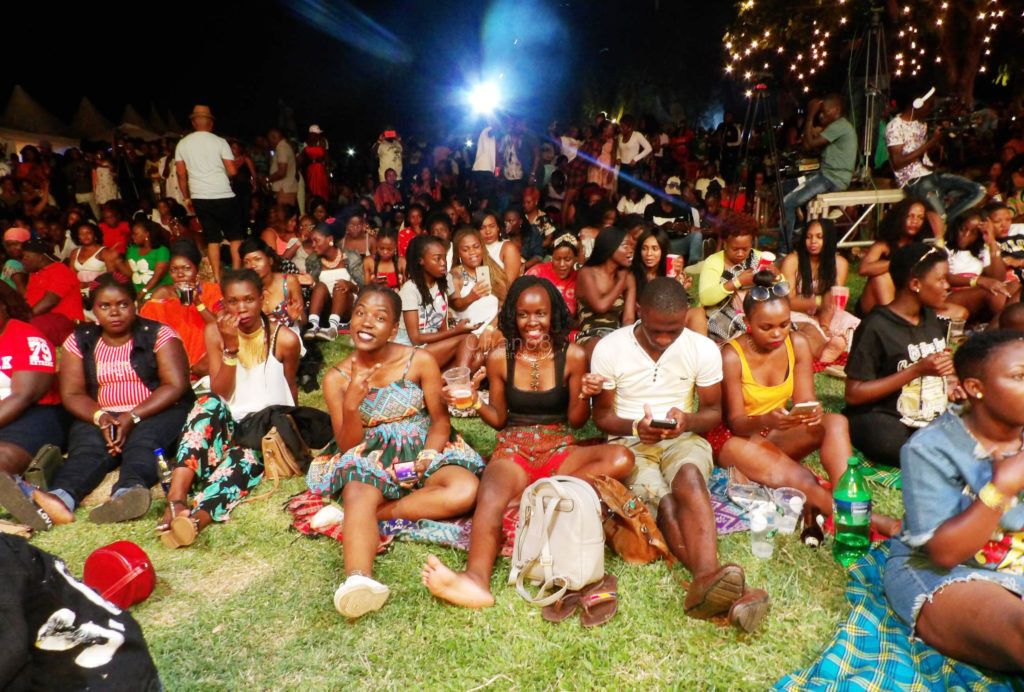 It was a full house once again at Jahazi Pier as slay queens dominated the crowd at Roast And Rhyme.

It all started at around 3pm as the revellers streamed in with the cool breeze escaping from the lake cooling down the afternoon heat at the shores for Kika Troupe to step on stage and apply the final touches to the sound tasting while warming up the stage for what was to follow.

As their soothing melodies; strummed from the xylophone and local harps also known as adungu with West Nile rhythms filled the air, the aroma of Nyama choma being roasted just behind the seating area spiced up the atmosphere as the revellers settled down.

Being the Souls On Strings edition, it was therefore the vocalists ruling alongside the strings as seen in Shifah Musisi  who showcased next as she serenaded the calm crowd with soulful vocals while the deep-yellow sun was setting in the background. Her music that fuses traditional tunes with urban RnB and soul touch passed on rich messages about the Buganda culture. Guitar master Charmant Mushaga added the last bits of the ingredients to heat up things as he joined her on stage. 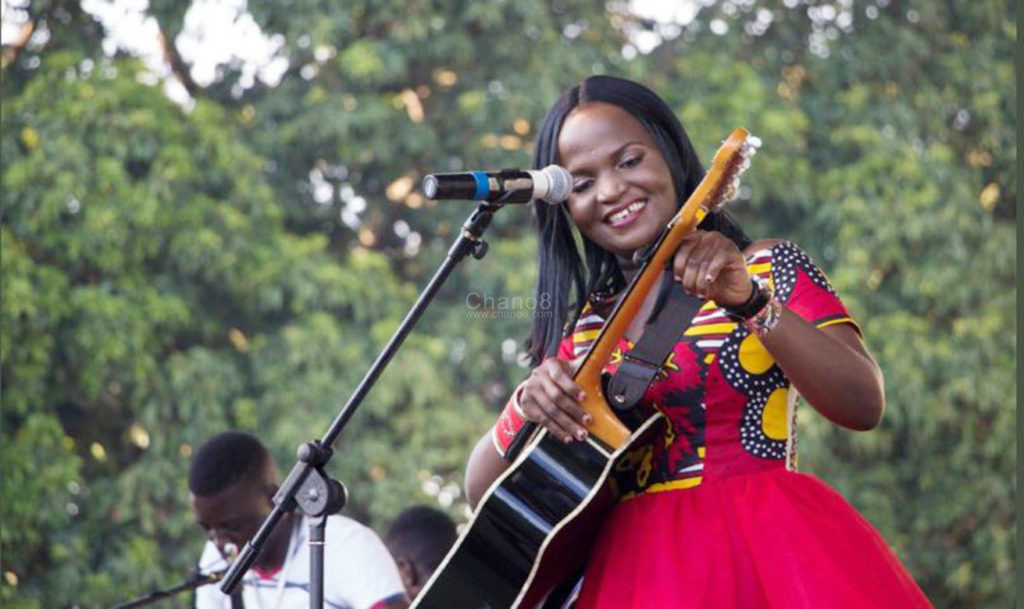 Shifah Musis adjusts the strings on her guitar to achieve the best tunes on Sunday.

With the stage warmed up and the Jahazi Pier cool enough; it was now Aziz Azion’s turn to do his thing. The crowd could not hold up and just abandoned their meat and drinks as they sprung on their feet to join the ‘ladies man’ in singing along as he strung songs like ‘My Oxygen’, ‘Nakupenda’, ‘Wampisa’ , Beera Nange’, Nkumila Omukwano , and ‘Am Bad’ in a 2-hour session.

Aziz who looked sportic in his green truck bottom, then took it a notch higher by showing his versatility as he did a combination of songs and genres across the continent as he oscillated between soul, kadongo kamu and Baxragga with his guitar in full support before another one belong to maestro Myco Ouma joined in the mix. 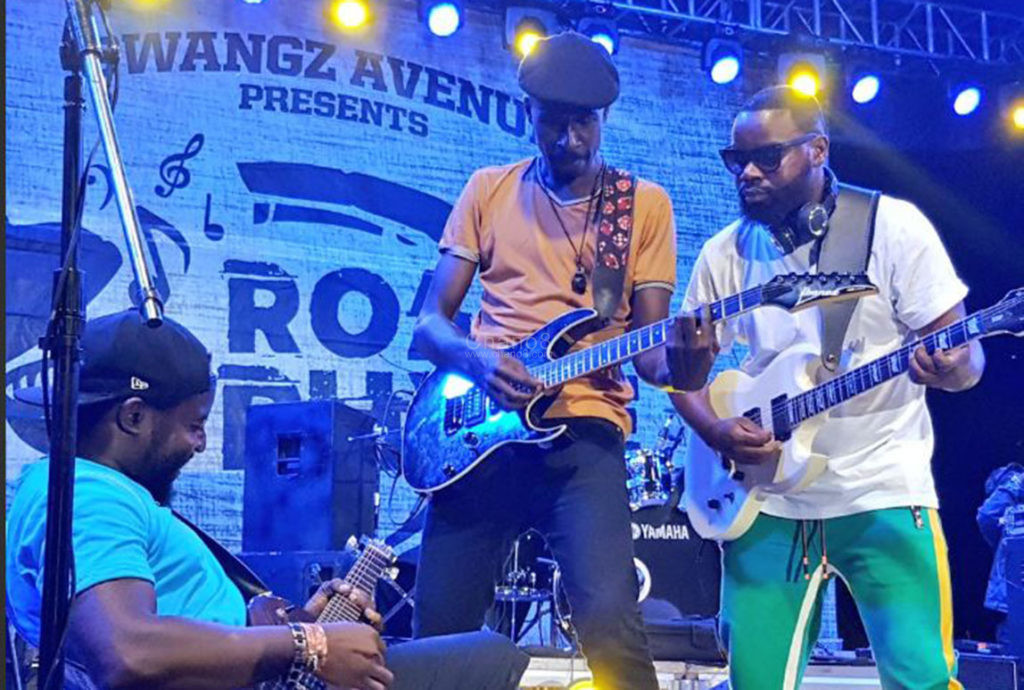 Myco Ouma and Azizi Aziz leaving the sing to their strings.

The crowd that included celebrities like Jose Chameleone and wife Daniella, comedian Salvador Idringi, producer Vince Musisi, Actor and radio personality John Ssegawa, Brenda Nanyonjo and actress Nana Kagga by this time were on their feet as they sweated profusely trying to outdo each other on the dance floor. 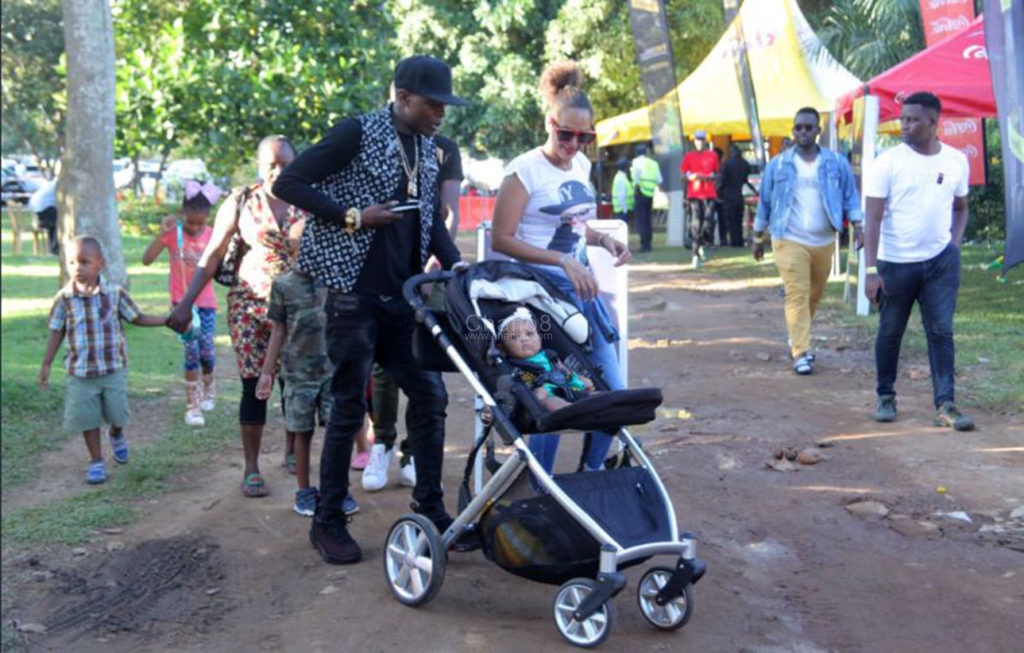 Jose Chameleone and wife Daniella came with their baby at the event. 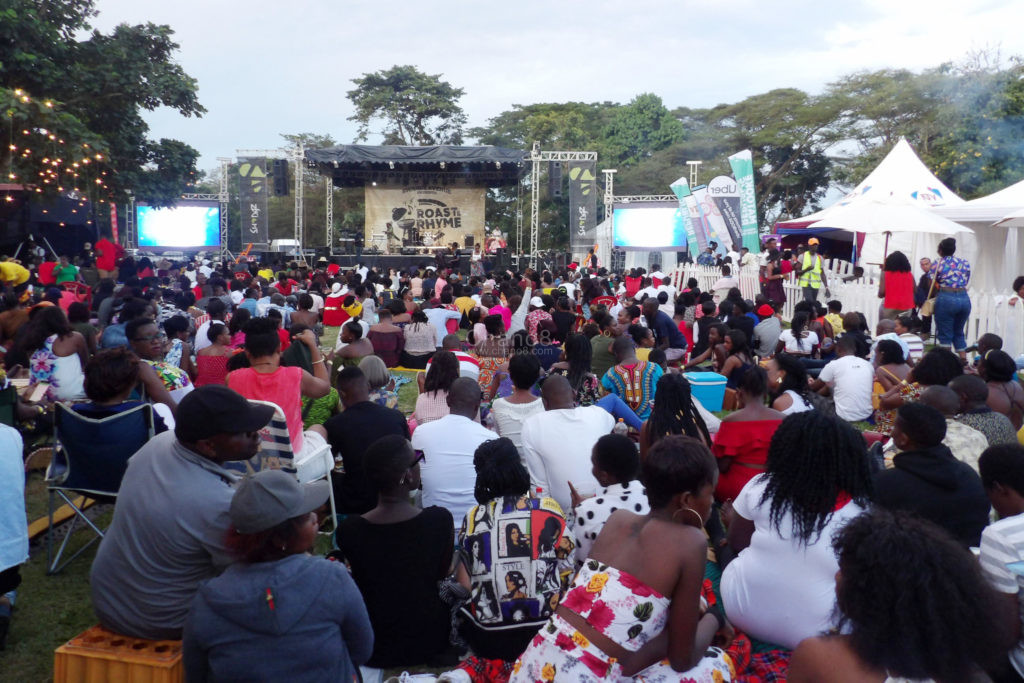 The first session of the show was calm and most revellers remained seated and enjoyed the performances as they ate their muchomo. 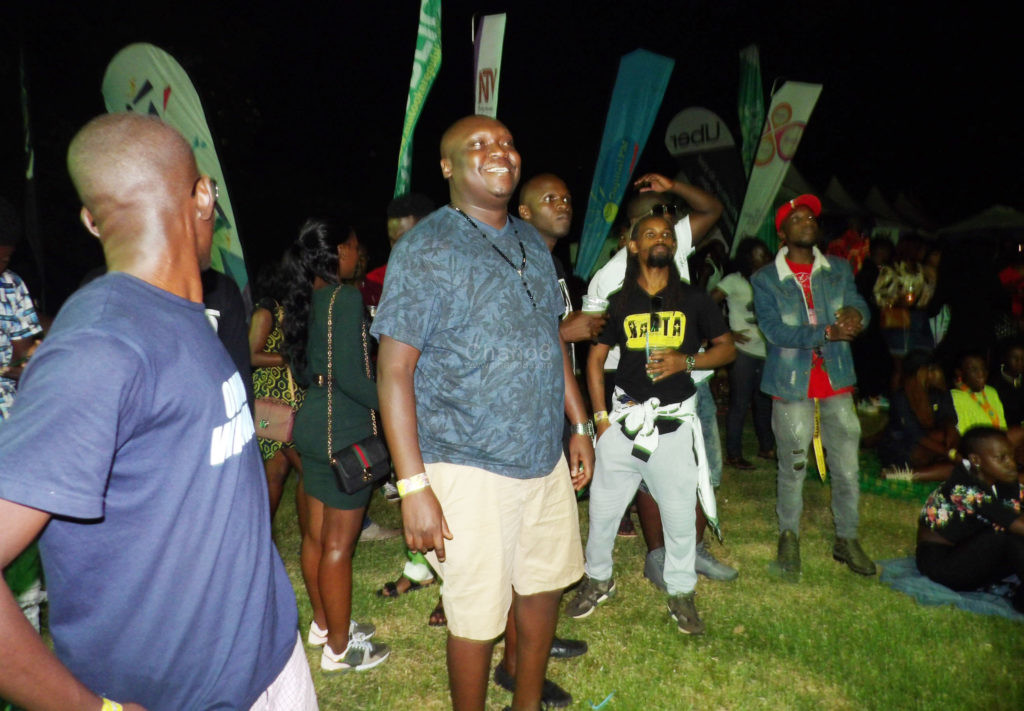 Slavado look star strick as he admires Aziz Azion and Weasel on stage.

However, it was former miss Uganda Stella Nantumbwe aka Ellah who stole the lime light among them all after recently being blessed with a new monster ride by self-proclaimed prophet Mbonye. Her presence was even recognised by MC of the day Roger Mugisher as she kept fine-tuning her looks for the cameras.

Back to King Saha, the last man of the night who closed off the event like the king he is picked only his hit songs of the past like Gundeese, Mwana Gwe and Mulilwana before unleashing his current hit songs like ‘Mpa Love’ in which he features Weasel who also joined him in performing the song to the delight of the fans who went wild after seeing the Ragga muffin. 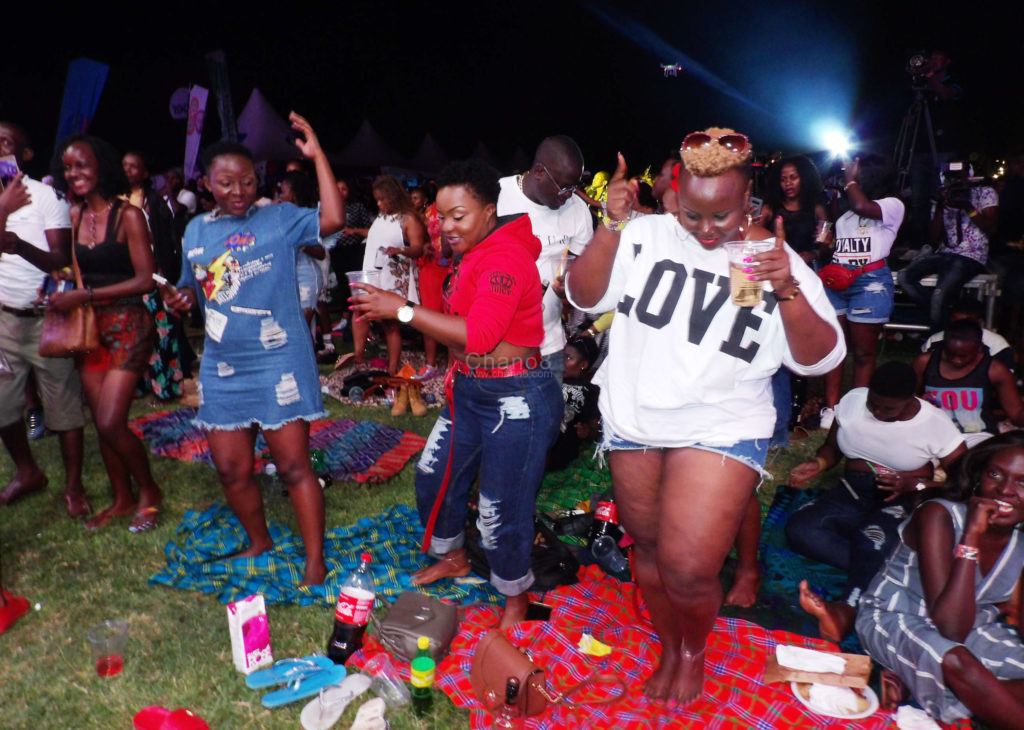 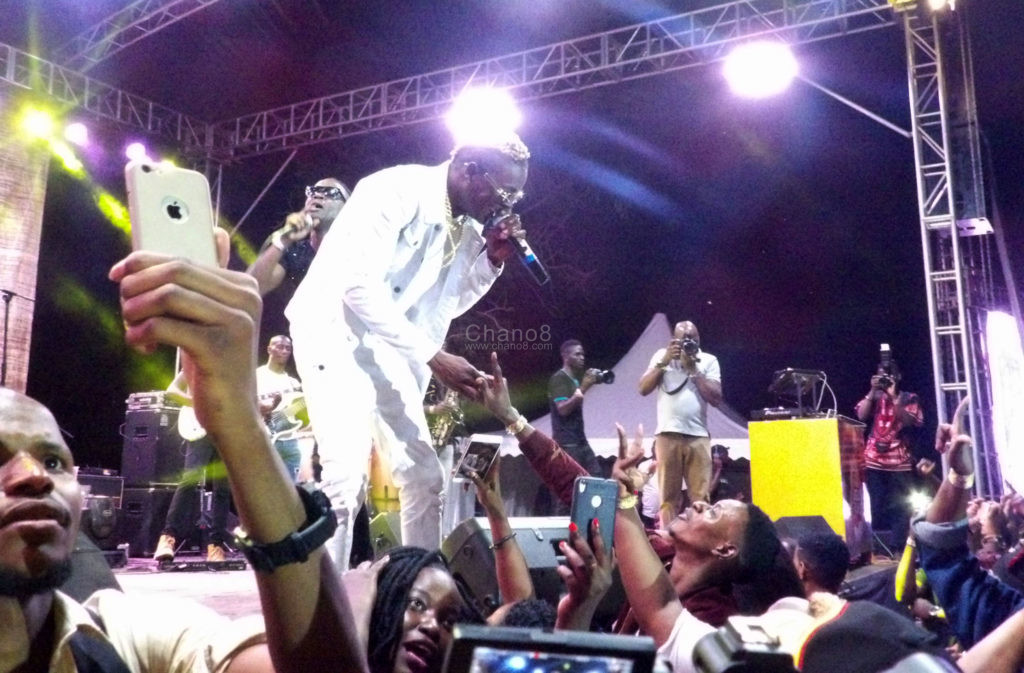 King Sha works the crowd as they sing along

There has been a debate on which of King Saha and DJ duo Slick Stuart & Roja owns the song ‘Very well’ but the crowd couldn’t care less as the former swaggergered over it like a boss. The cheers that welcomed the hit were deafening.

The slay queens by this time, soaked with sweat, danced the remaining hours of the night away as DJ Crim jumped on to the turn tables to close the event organised by Swangz Avenue and sponsored by Bell lager. 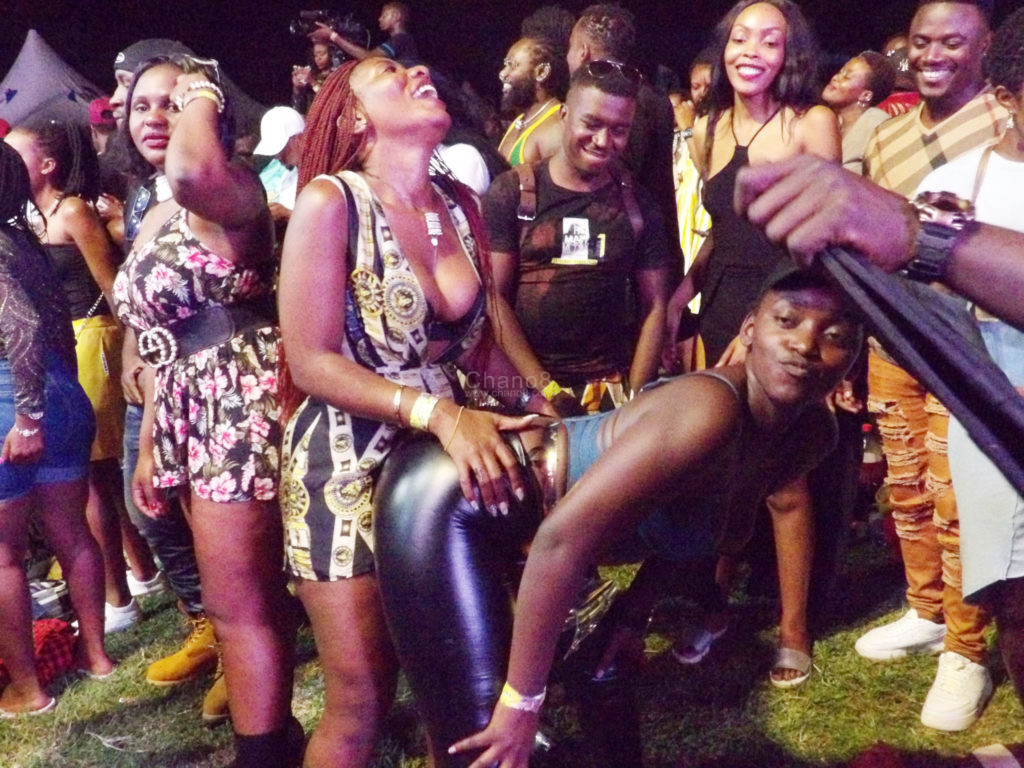 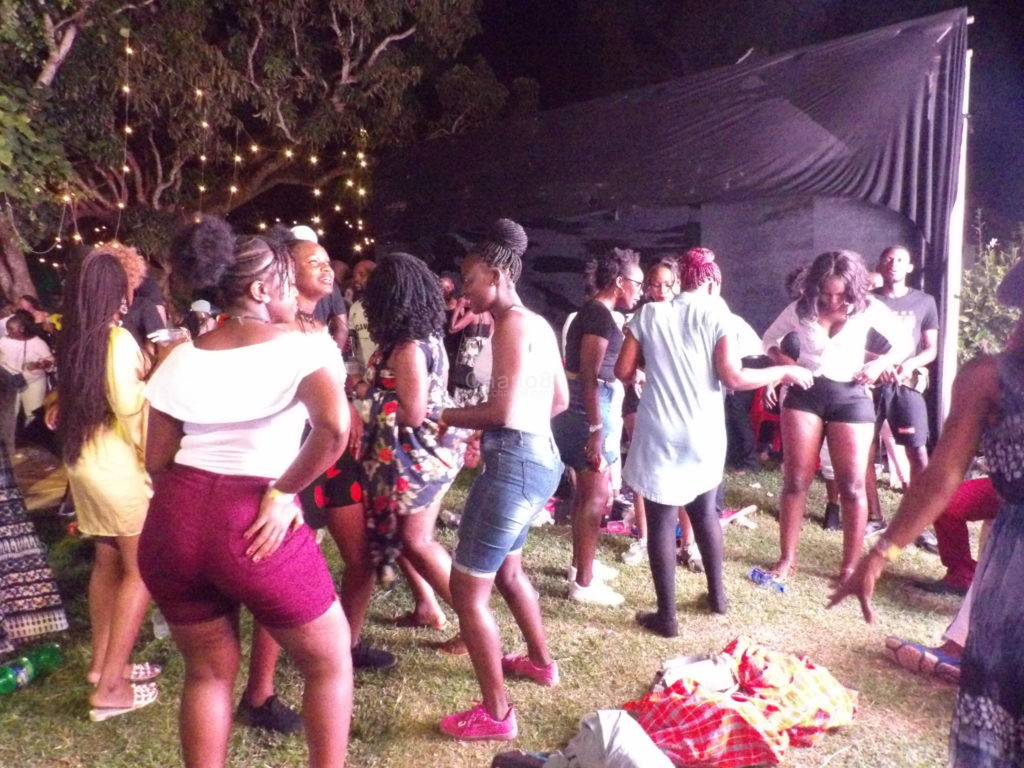 The girls just love to party and have fun