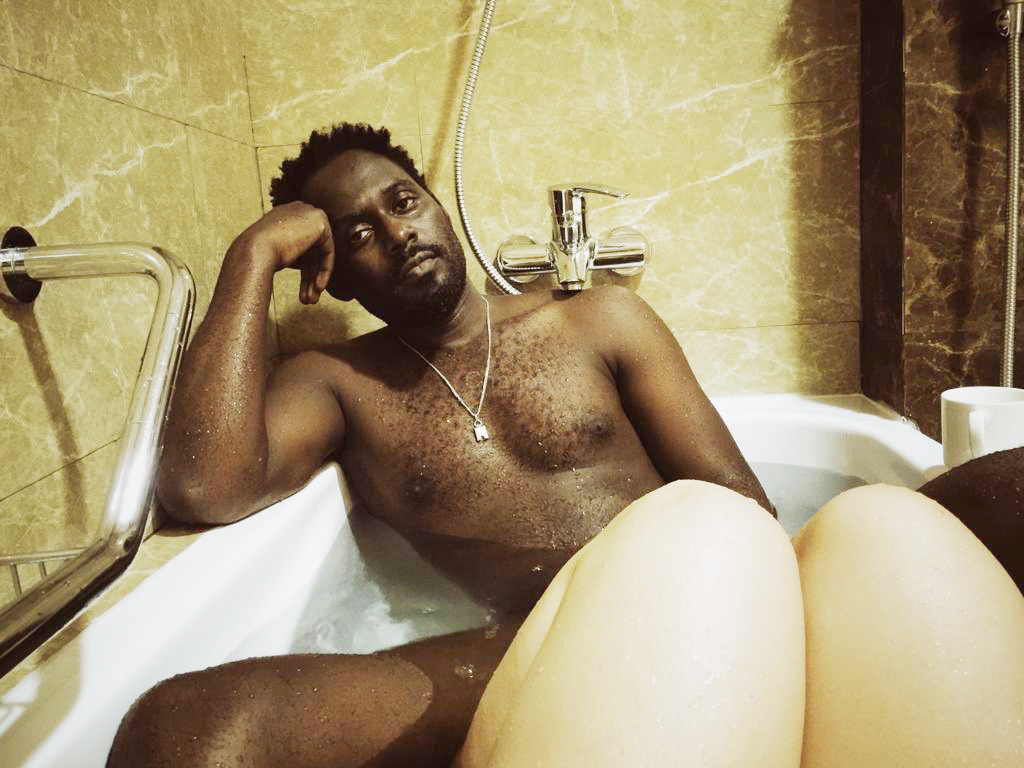 As singer Maurice was celebrating his 35th birthday on Monday, he took it extreme when he took to social media only to post what we are comfortable calling a half naked photo of himself chilling in the bathtub with who is assumed to be his white girlfriend Lisa Gceverbeek, although it’s just her thighs showing

The controversial photo which was most likely taken by his girlfriend shows naked Maurice sitting in the bathtub full of water with his legs spread, while facing the camera. In the same photo, we see only thighs of his chick from the opposite direction covering his genital area

“Birthday Suit! Today is my special born day!” Read the caption to the photo which set tongues wagging with social media users sharing all kinds of funny comments

Maurice Kirya posing half naked as he celebrated his 35th birthday

Social media users wished him a happy birthday but of course as expected, there were those whose comments about the photo were hilarious.

“Birthday sex on the photographer happy birthday bruv”. Another one one identified as Mic Maestro wrote.

“Is she trying to show you where you got out from, why open wide in front of on your bd?” A Twitter user called Rockson asked

“Look happy then. The birthday cake is right in front of u. Happy birthday”  One Sandra Namwengye joked on Facebook

“We can see the birthday cake in front of you already for cutting”. Audry Musiime said said