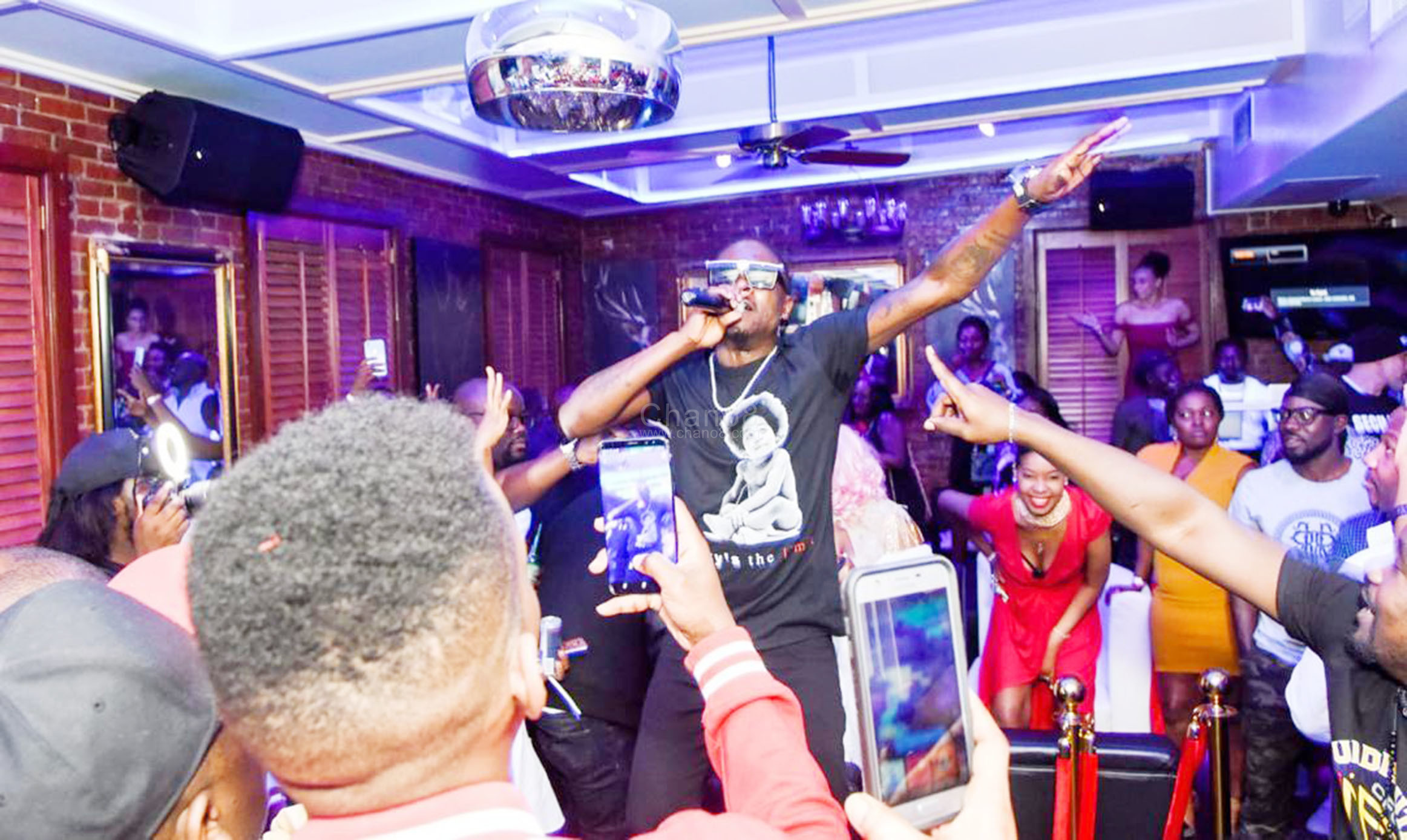 On Sunday evening, music fans in the Diaspora especially those living in the Boston US gathered in large numbers to watch Douglas Mayanja a.k.a Weasel perform in a party which was dubbed ‘Girl Power VIP Party’. The party was hosted by Ugandan socialite and controversial Nalongo Don Zella.

With her trademark bossy way of doing things, Don Zella was seen all night partying in a happy mood as Ugandans dinned out together. At the same party, the late Radio’s songs were played that sent many of his fans into tears as they remembered him.

Weasel was performing in the US for the second time since the tragic death of Mowzey Radio. However he has been holding mini concerts in other foreign countries. 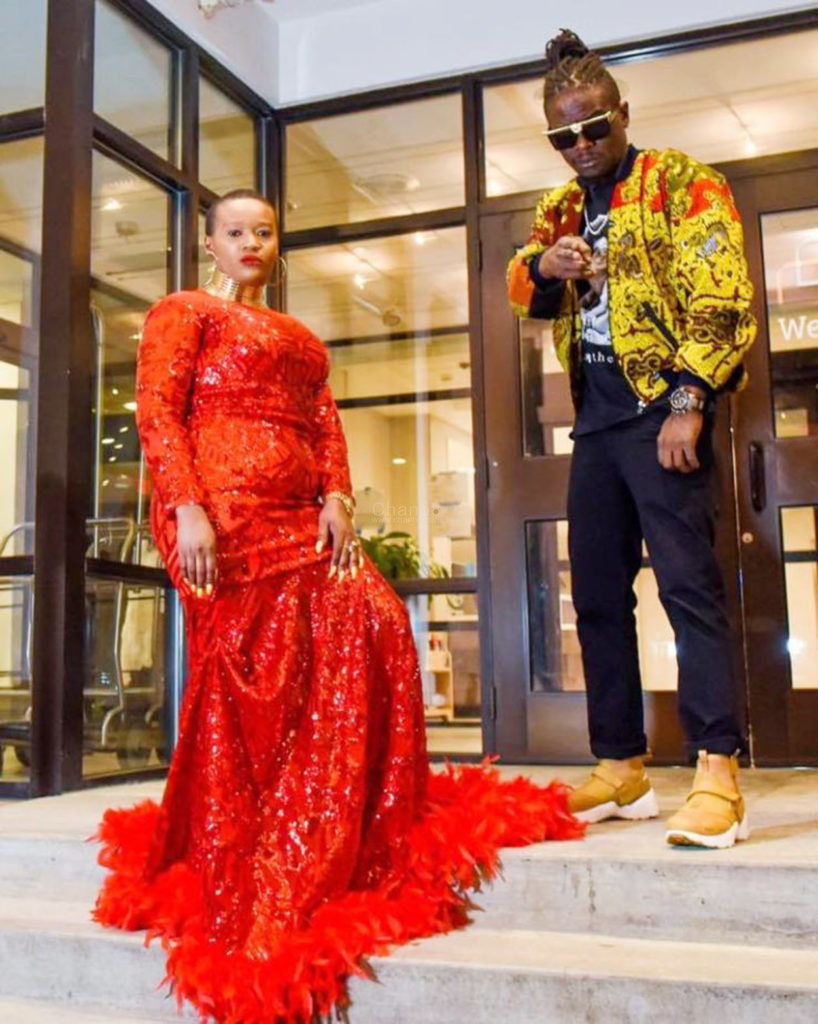 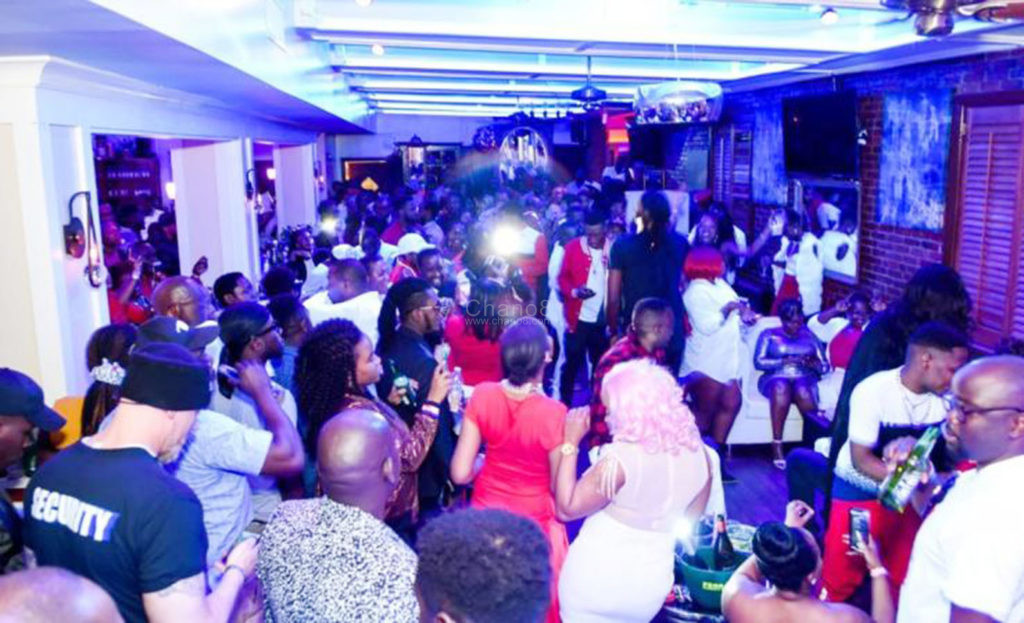 The party was well attended by the Ugandan community in Boston and well wishers.

In a video shared by the singer on his Instagram page, many music fans were seen jumping out of their seats and screaming on top of their voices when Weasel made the grand entrance. It was described as a night of fun and craziness.

This coming Saturday, Weasel will be performing in the states of Utah and later at Phoenix Arizona on Sunday evening as he continues with his tour in America.

In another developing story, Weasel went ahead and shared a photo of a monster car on his twitter and warned URA officials back here to prepare necessary documents as he ships in the ride. 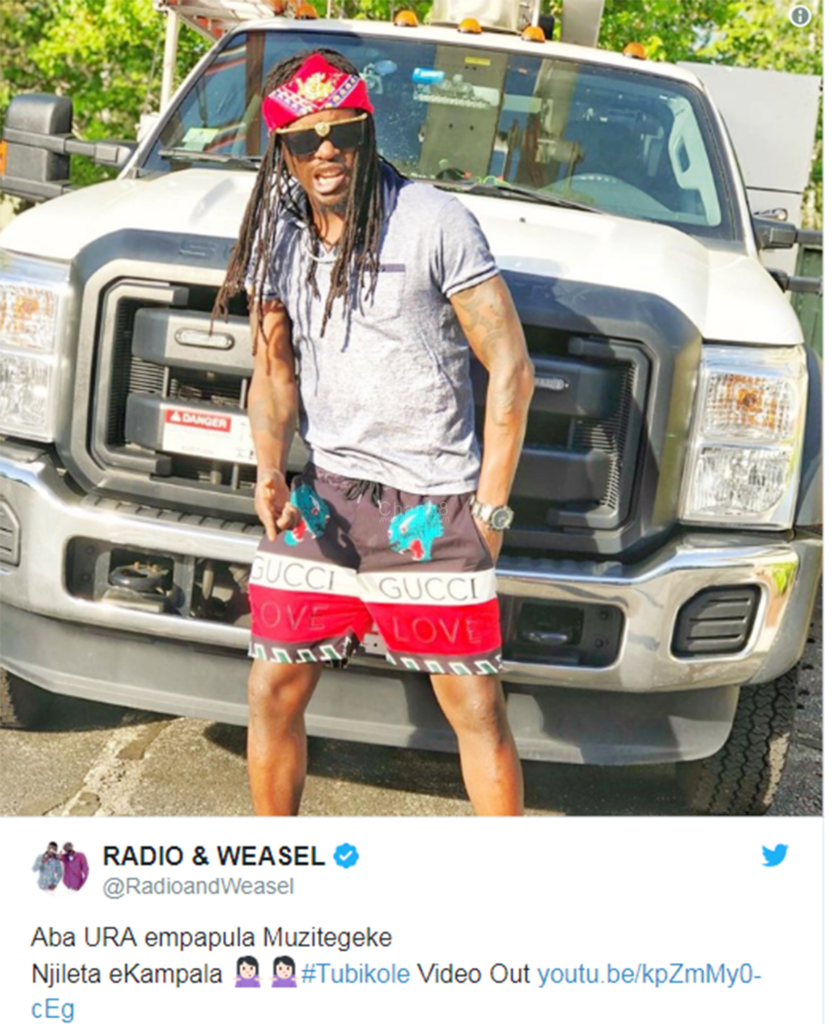 Weasel’s tweet(in luganda) which has caused excitement on social media.

If all turns out to be true, the singer will be cruising a wide box body machine on the streets of Kampala in the next few months.