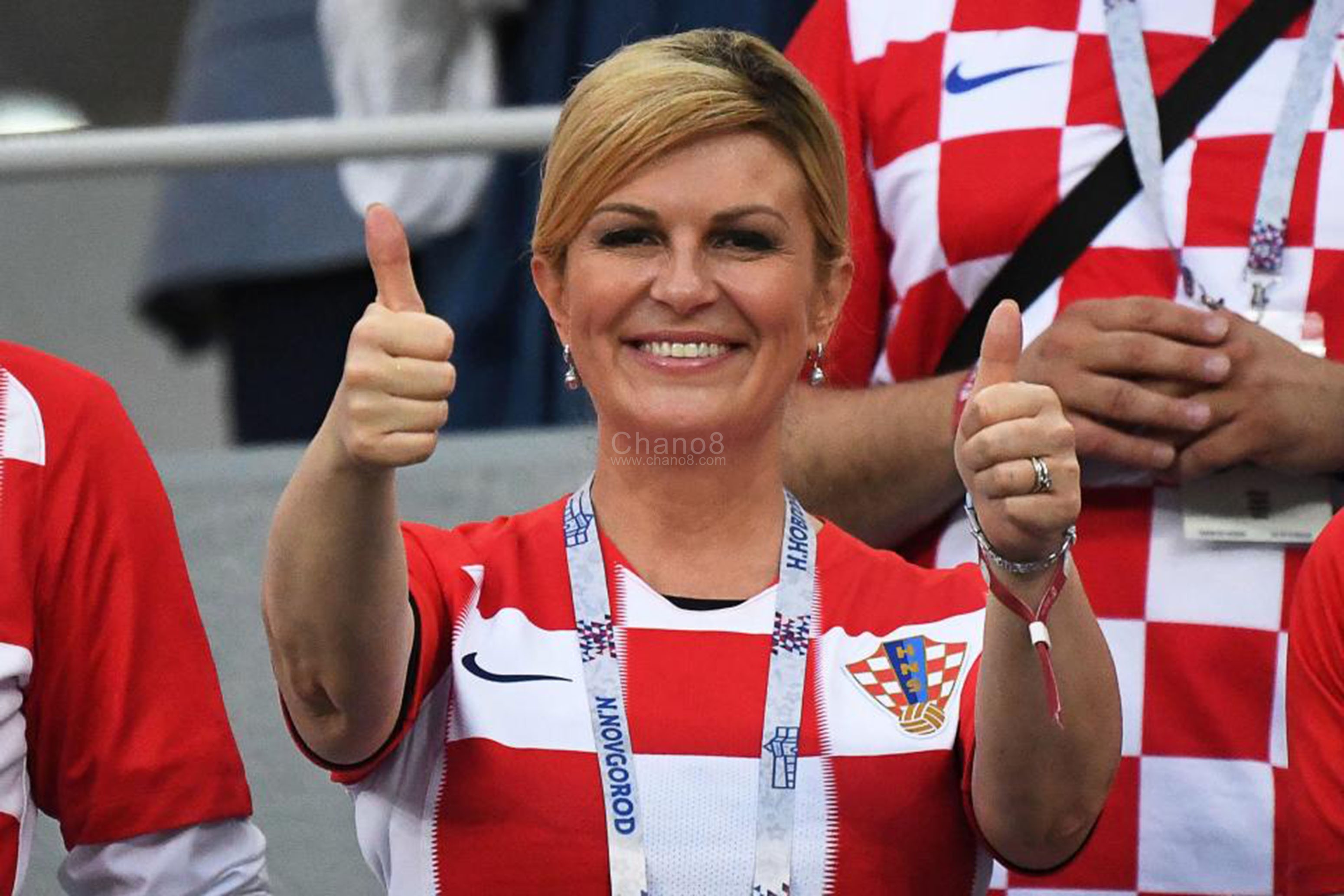 You must have seen a clip of her celebrating with team Croatia or at a stadium during the quarter-final match between Russia and Croatia or just a photo of her on social media at the Word Cup.

Well, if you haven’t, then you need to pay your social media tax for you are missing a lot.

Croatian president Kolinda Grabar-Kitarovic has been trending on internet for a while now and it all started when she flew to the Russian Black Sea city of Sochi on July 1 in economy class with ‘ordinary’ fans who were going for the quarter-final showdown with Russia which won her admiration and lots of praise from soccer fans across the world.

“She likes the sport, and what she is doing now is normal for the president. She took a flight with ordinary people, greeted everyone. And I like it: we have a small country, we are like one team,” one of the Croatian fans told TASS. 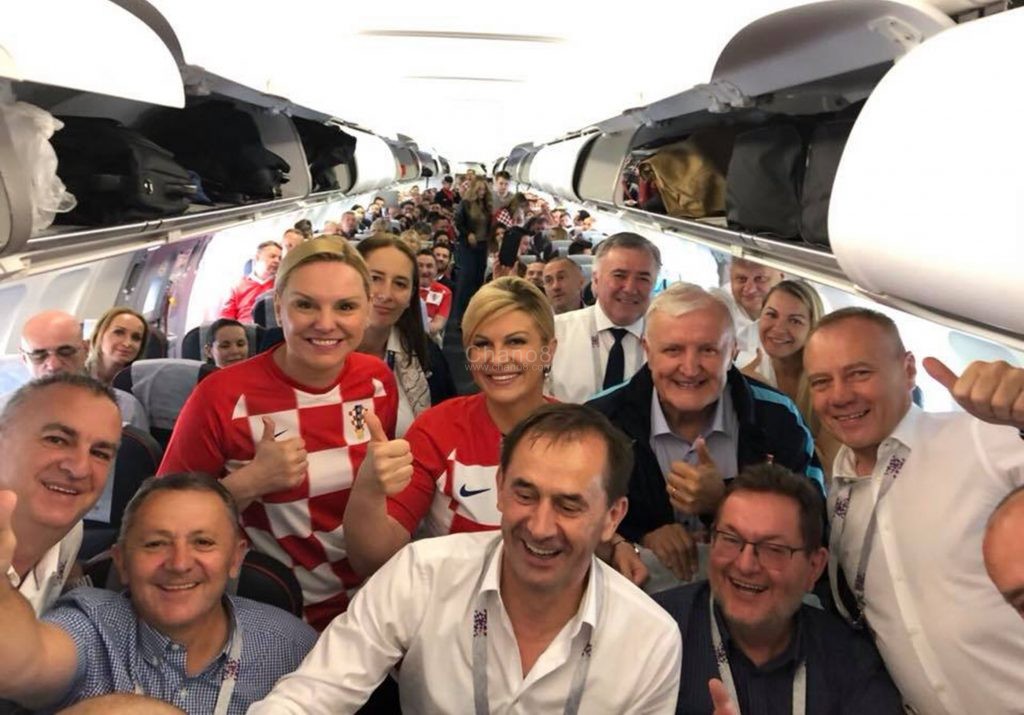 Kolinda Grabar-Kitarovic with fans in economy class flying to Russia.

For the first time since 1998, Croatia secured a place in the semi-final and the celebrations of the fans were at par with their president who couldn’t stop cheering from the stands and fans all over the globe loved it. She later even celebrated with the players in the locker room and video went viral.

The Balkan nation’s leader was seen in a video clip celebrating in front of the Russian Prime Minister Dmitry Medvedev and in the players’ changing rooms after they knocked the hosts out 4-3 on penalties.

“I wanted to showcase that I am a football fan, like everyone else; I wanted to support the team among other fans in the stands. I put on a shirt with national symbols, whereas the dress code in the VIP zone, which usually presupposes long gowns, wouldn’t have permitted such an outfit,” the Russian website Sportbox quoted her as saying. 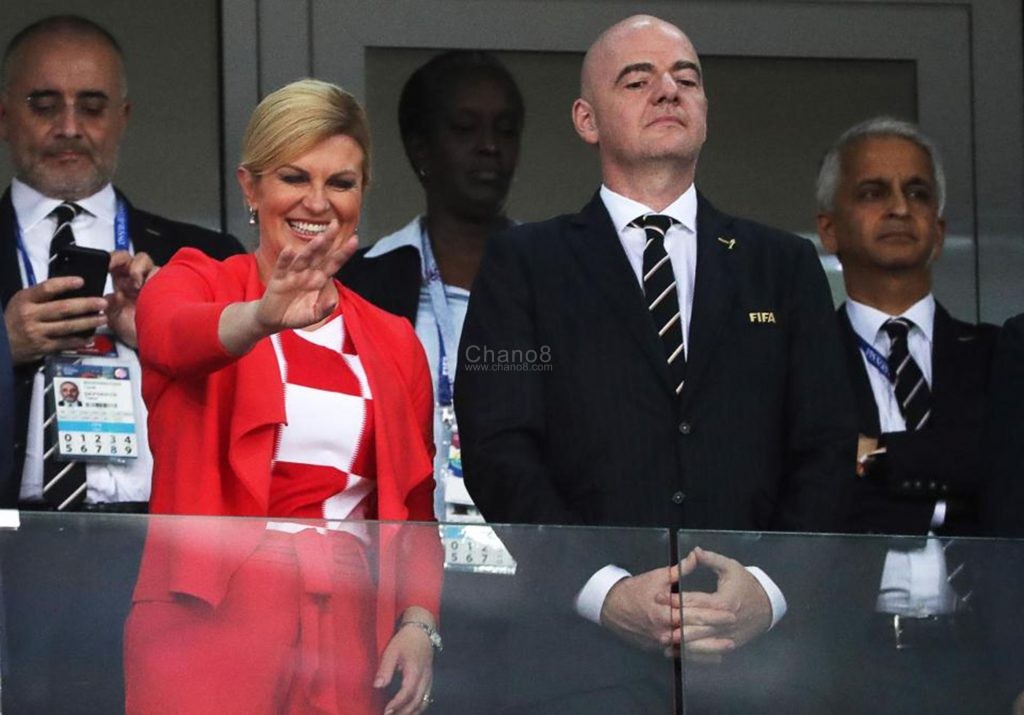 And beaucauce of her beauty and down to earth nature, sexy photos a model in bikini at a beach have also been attributed to her and are also trending on social media.

She eagerly shared her travel experience on social networks, becoming a real star in Russian media. 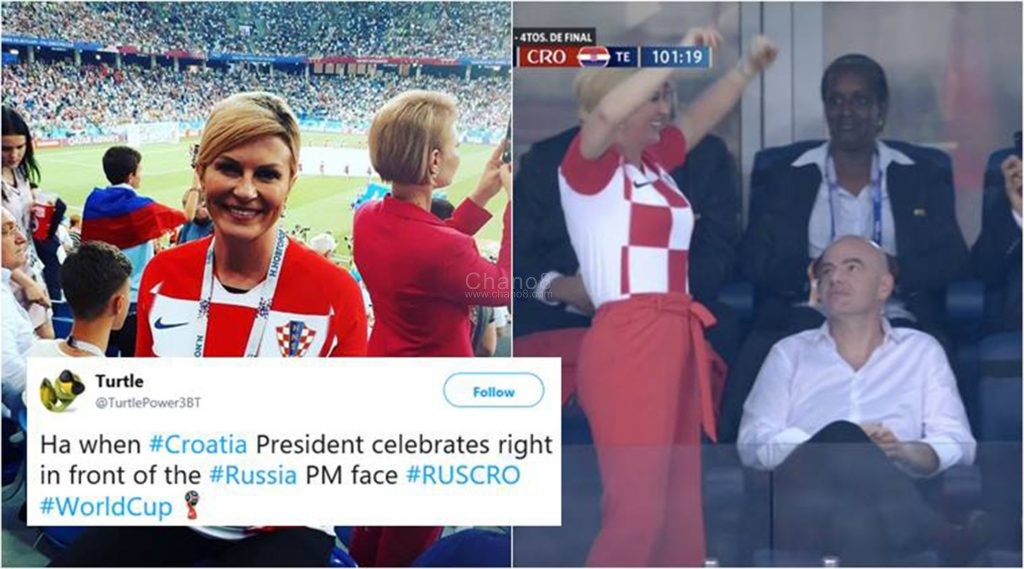 Tomorrow, they will face England, who beat Sweden 2-0 earlier, at the Luzhniki Stadium Moscow on Wednesday.

WHO IS KOLINDA GRABAR-KITAROVIC?

The Croatian president, 50, Grabar-Kitarovic was born on April 29, 1968 in Rijeka in the Croatian part of Yugoslavia. She signed up to a student exchange programme while at school, spending a year at Los Alamos High School in New Mexico.

She later studied in Zagreb, Vienna, Washington DC and Havard, before completing her doctoral studies in her home country three years ago.

Grabar-Kitarovic is fluent in Croatian, English, Spanish and Portuguese, while she has some understanding of German, French and Italian. 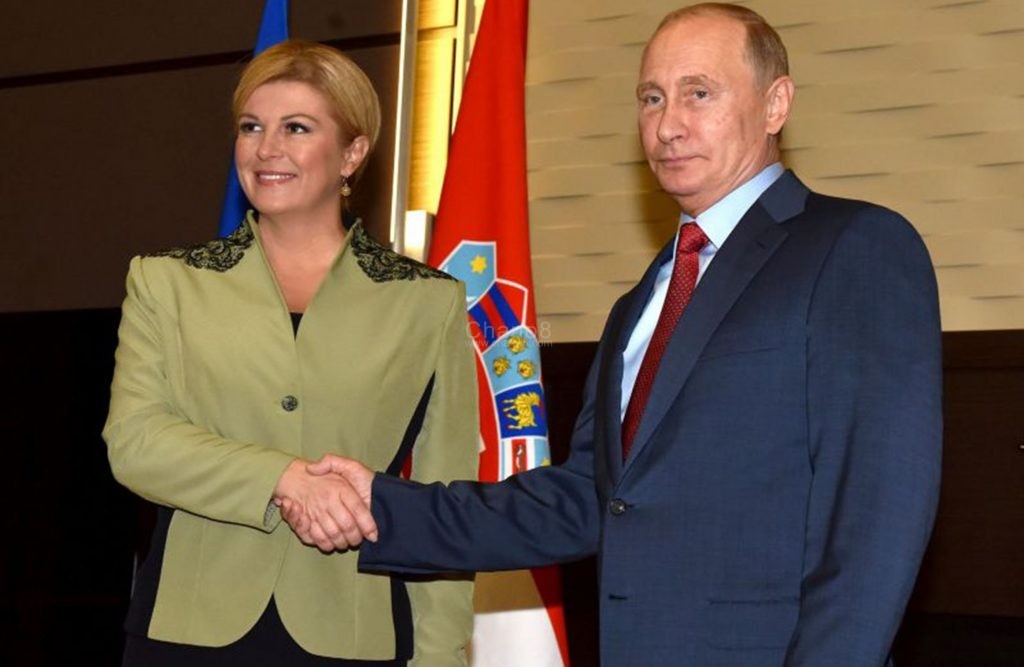 She meets president Vladmir Putin after being elected president.

When was she elected?

Grabar-Kitarovic became the fourth Preisdent of Croatia in February 2015, the first woman to do so.

She has held multiple positions since joining the Croatian Democratic Union (HDZ) in 1993, starting out as an adviser to the foreign ministry.

Following her studies in Washington DC, Grabar-Kitarovic returned to the Balkan country, joining their parliament.

Prior to becoming president, she worked as a Croatian Ambassador to the United States and as Assistant Secretary General of NATO before being elected by beating the current head of state Ivo Josipovic.

Who is her husband?

Kolinda Grabar married Jakov Kitarovic in 1996 with whom she had two children with.

Her daughter, 17-year-old Katarina, is a junior national champion figure skater, while the couple’s son Luka was born in 2003.

Mr Kitarovic was a part of scandal while his wife was serving in Washington DC in 2010, having been spotted using an embassy car for private purposes.