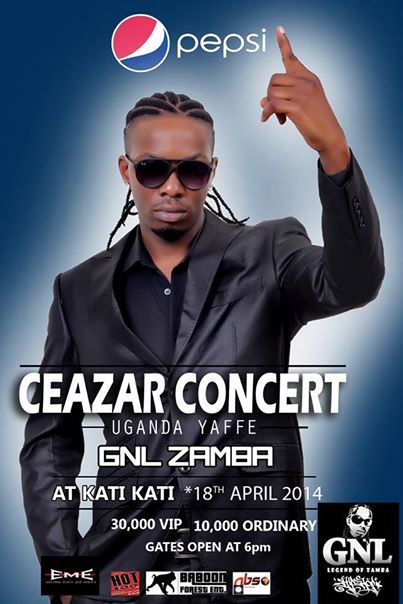 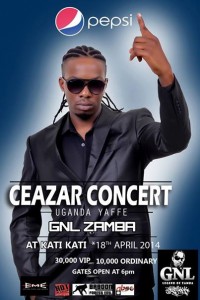 The Baboon forest entertainment CEO Zamba was supposed to hold his Caesar concert at Kati Kati restaurant along Lugogo bypass on Good Friday. However, the much anticipated concert was called off at the last minute. Rumours about why exactly the show was cancelled started doing rounds after the ‘Kinkankane’ rapper officially cancelled the show late evening. He posted this on facebook:

“TO MY FANS AND FOLLOWERS, The ceasar concert has been cancelled till further notice. Reasons stemming from inadequacies with permissions to use Kati Kati as a venue with the Authorities. More information to come on this channel. Thanks for your support. Another date and new venue will be communicated. Kati ngenze wa mummy kulya Easter.”

There were media speculations and rumours making rounds on social media and some sections of electronic media that the show was actually called off due to poor management and organisation of the whole process. This according to some insiders ranged from publicity and issues to do with money and resource distribution.

Some observers however argue that ZNL Zamba himself made the decision after anticipating a poor turn-up by show goers due to bad timing. They argue that Good Friday is usually a time for Christians to be at their holiest and therefore concerts are never part of their programs.

Although the main reason fronted by Zamba for postponing the show is to do with clearances and permissions to use Kati Kati and other open spaces for night events hold water, It has to be noted that KCCA and other authorities in the security circles had banned outdoor concerts in the city even long before Jose Chameleone held his tubonge concert at Cricket Oval just opposite to Kati Kati restaurant. What remains confusing is the fact that Chameleone’s concert went on as ‘a one off’ while Zamba still couldn’t change venue and date early enough.

The other theory that came through his manager is that, on top of the high costs involved in hiring the venue, they were asked to pay some more millions for security guarantee to have the concert at Kati Kati. All these came at the last hour as they tried to negotiate for the show to go on as planned.

No new official communications have been made ever since the cancellation happened. We’ll keep you posted in case of any new updates