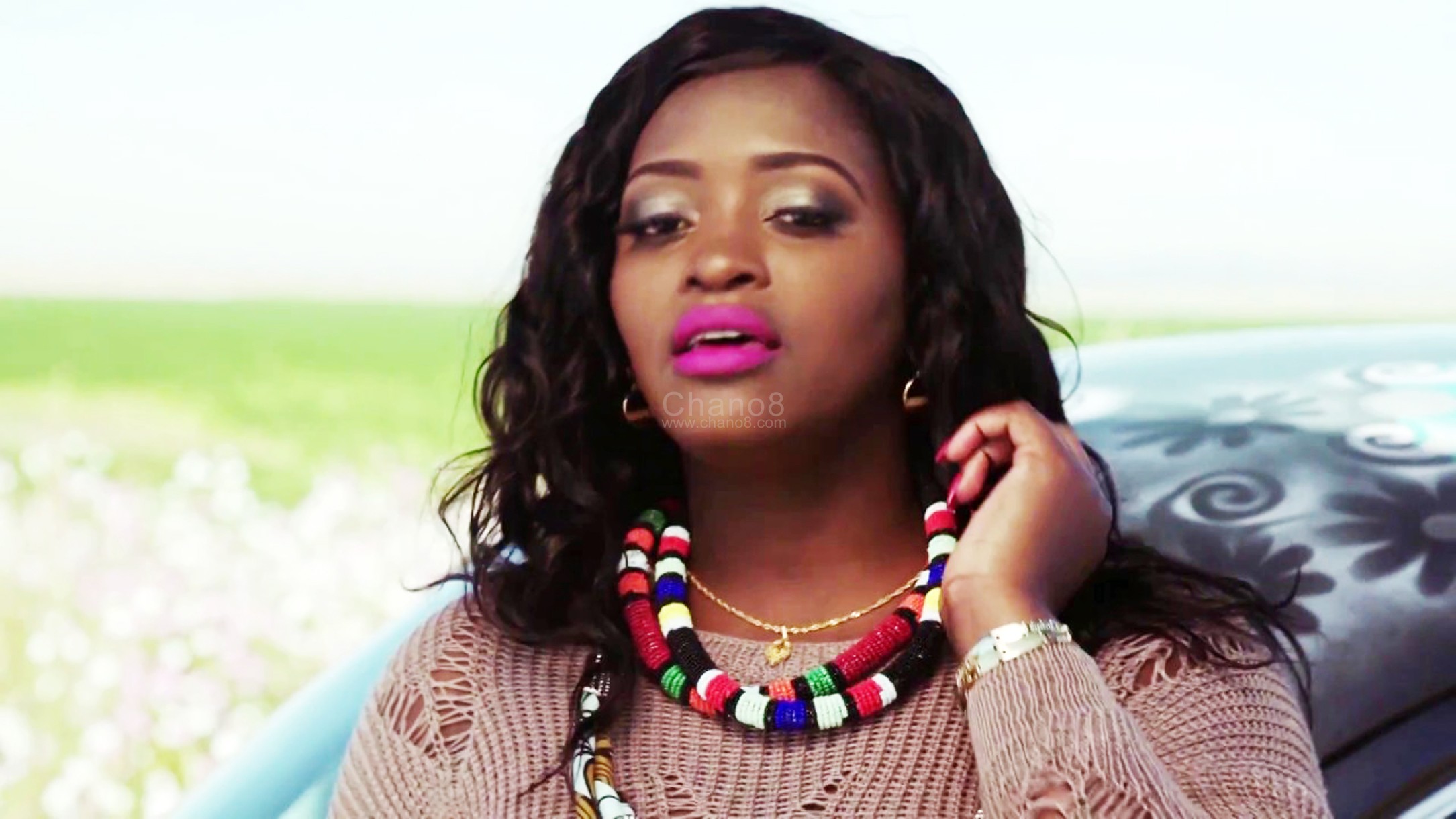 A move has started on social media calling for the restoration of Ugandan music from UPRS and so far, almost 50% of musicians are behind this move but it has come at a time when the entertainment industry is buzzing with many events coming up in the next two months.

With Nigerian Wizkid at the centre of everyone’s attention after coming out through his twitter handle and announcing that he will be performing in Uganda on the 7th after missing a Ugandan show in December last year, many are still wondering whether he will live by his word and among those is Swangz Avenues Winnie Nwagi who earlier posted his (Wizkid’s) poster of the said dates.

This annoyed so many people who felt the ‘Magic’ musician is betraying the industry. 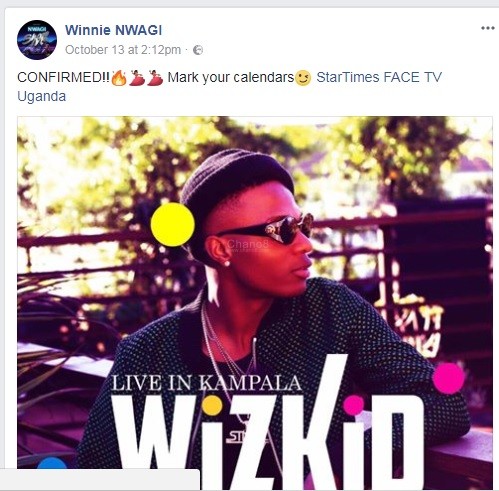 “All Ugandans are Busy saving your Jobs as Musians gwe you are busy posting Nigerians,” a blogger posted on her facebook wall, calling for Winnie Nwagi to join the rest of the artistes to restore the industry.

He later added that, Wizkid cannot be in two places at the same time because another poster emerged that he will be performing in Cameroon on the same date he announced to be in Uganda. Many other fans have since joined in the debate. See some of the reactions below; 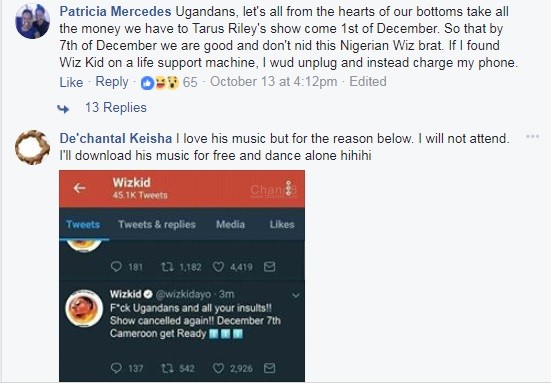 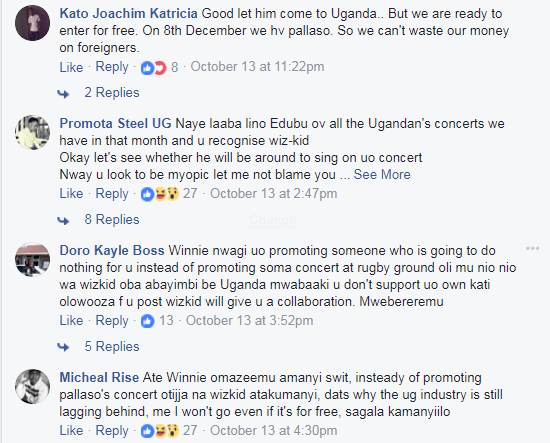