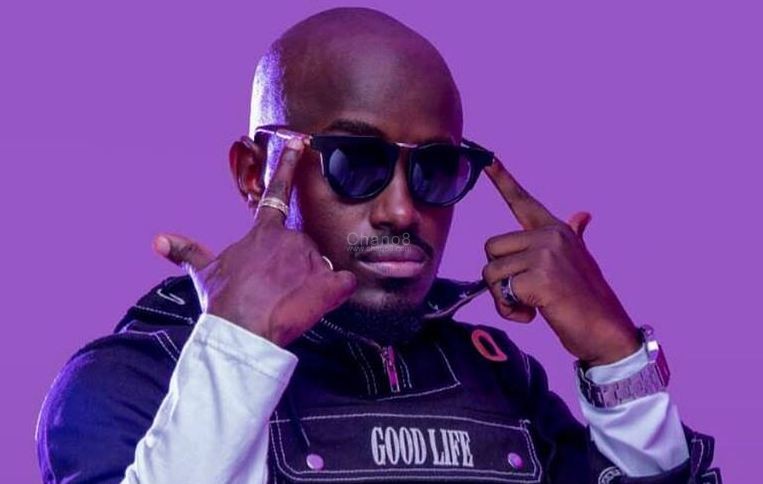 Early this year, critics and the media fraternity roasted artiste Bebe Cool over the annual HiPipo awards after he walked home with 5 awards at the awards’ 2017’s edition a thing that made some people say he had a hand in the awards.

Bebe Cool was not pleased with these whole baseless rumours and decided to call off all local awards’ nominations going forward. That passed and recently, HiPipo Awards organisers unveiled the nominees for the 2018’s edition of these awards.

Amongst the nominees  was fast rising, multitalented artistes Ykee Benda who was nominated in the category of ‘East Africa Best Breakthrough Artiste’ but our surprise, the ‘Farmer’ singer  angrily turned down the nomination in and ordered organisers never to nominate him again.

“Ziino Bambi My fans ….Don’t waste your time…..Where Ever You See “Hipipo Awards”…And you are a true Ykee Fan…Awo yiiitawo buyiisi!!🙏🏻🙏🏻……And Please Stop nominating Me…THANK YOU” Ykee Benda wrote on his Facebook Page.

“They are not professional and know nothing about music and its different kinds of genres. They just want to use us to make money. Not now not ever do I want to be part of these awards.”

However, despite the fact that Ykee Benda turned up the nomination, we haven’t heard from the awards’ organisers but the awarding ceremony is still on and slated for Saturday the 17th of March 2018 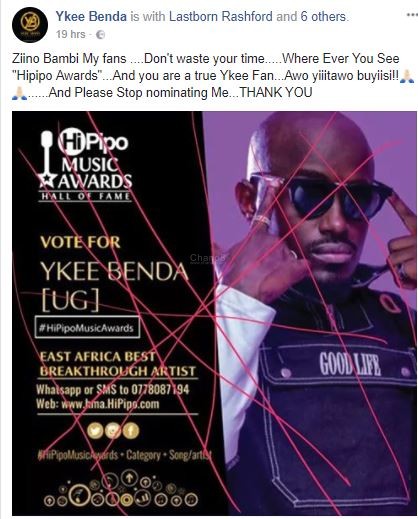