Valentine’s Day In Kampala had more than five events held by big names in the comedy and music industries. Singer, Maro was one of the artistes holding his ‘Anjagala Live Concert at the Nsambya, Kampala based Mestil Hotel. This was also aimed at celebrating 10 years he has spent in the music industry

The self proclaimed RnB ‘Kyabazinga’ had initially promised the fans an exciting, 10-year-experience live music performance that was going to see them breath in his best of the best, selected songs through these years. This is was what happened, if the reception the crowd showed his performance is anything to go by.

Clad in dark gray coat and trousers, which he accompanied a white t-shirt and a pair of white sneakers, Maro took to stage at exactly, 11 minutes past 10 PM.

The fans were already waiting. They screamed when they saw him gently walk on stage. Some, especially Basoga who were in attendance were heard excitedly saying words like “tukuboine”, meaning “we have seen you”. This was meanwhile happening as the band played instruments, in a way of welcoming him in style.

This took about 5 minutes before he commenced singing, beginning with ‘Freestyle’. “Thank you for coming, it’s Maro at 10, it’s my pleasure to introduce you to my journey” he told the fans 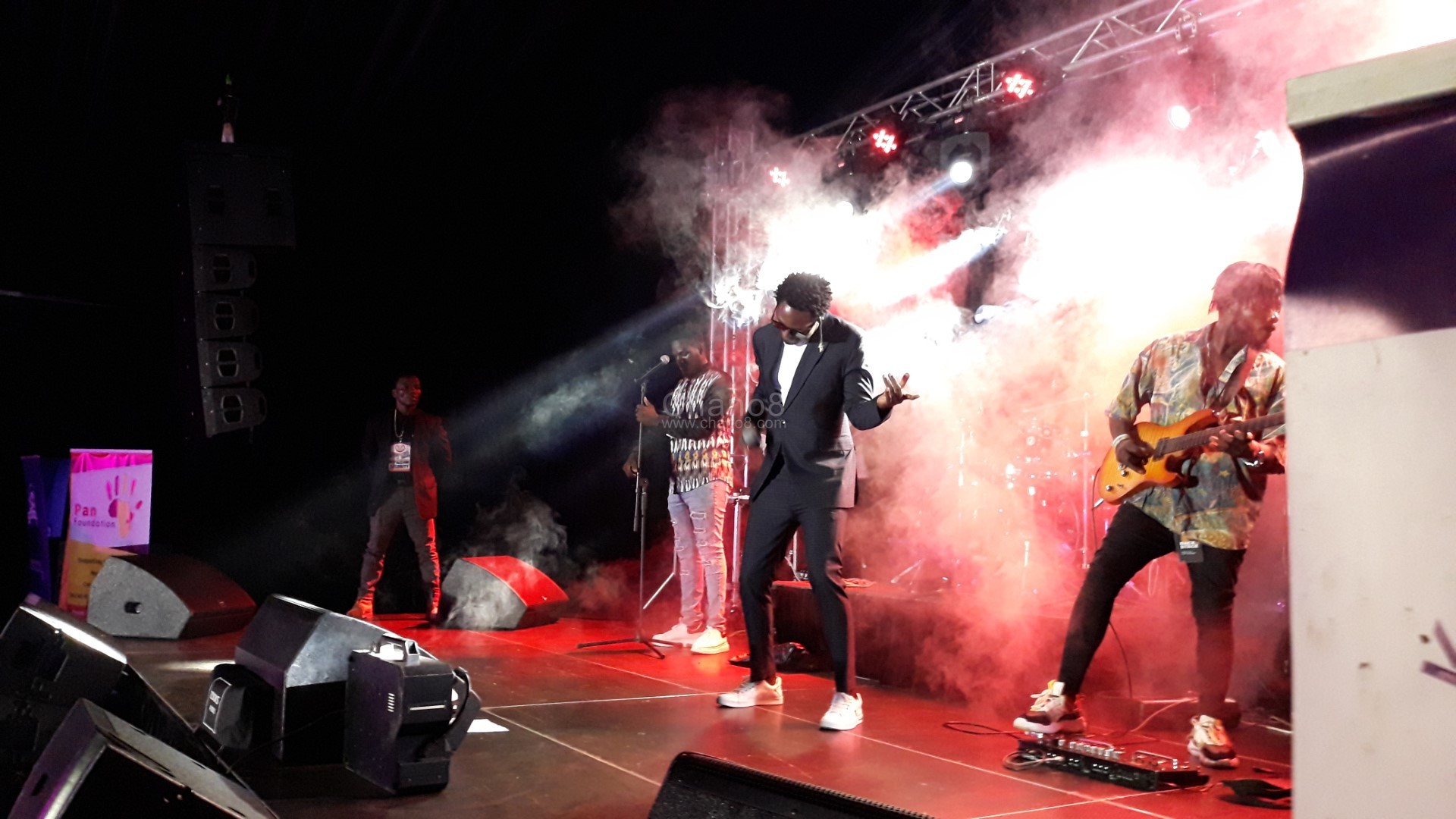 Without exaggeration, Maro displayed a more mature vocal ability and the band too, did a good job with people like Zuli Tumz, his producer on the vocals and backups, guitarist Moses Mukuki on the guitar among others.

He later, went for a break at exactly 11 PM and left stage for another set of more local artistes performances like Geosteady, Sandra K, Andrea Baguma, Shane Palko Music from Germany and John Blaq

He returned clad in a black baseball cap and t-shirt, African print pants, completing the look with a pair of black sneakers and resumed his performance with ‘Bulamu Bwange’, ‘Julia’, ‘Addicted’, ‘Kyokoba’ alongside rapper Rocky Giant, ‘Baibe’, ‘God Knows’, ‘Nziranago’, ‘Kamboyine’, ‘Mubbi Bubbi’ and finally ‘Anjagala’. He had a time to get off stage and engage the fans with whom he danced and had a good interaction with.

Before Maro took stage for round one, there was another interesting set of artistes who curtain raised for him and these are Alvin Keyz, Vivian Tendo, B2C, Zex Bilangi Laangi, Bryan Weiz, Feffe Bussi, Katera Africa and Vampino

Kampalans (especially those on social media) who couldn’t make it any of the gigs that happened yesterday were waiting to see which gig pulls off the biggest crowd and which flops. Unfortunately, none of them flopped and the who pulled the biggest crowd? is a story for another day 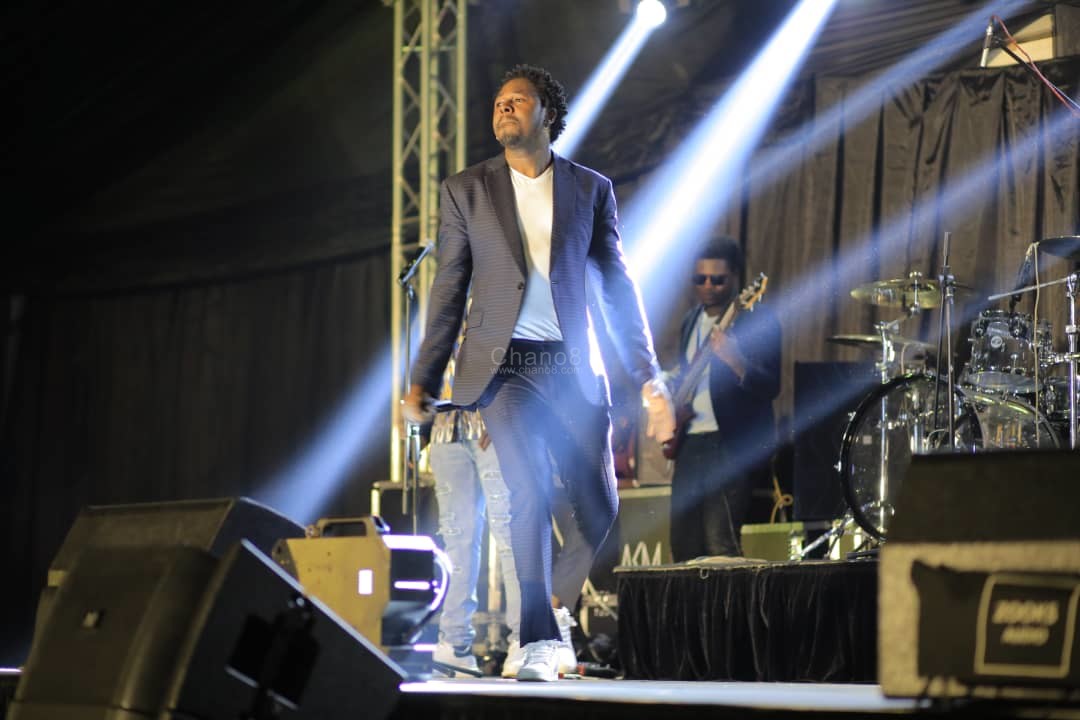 Maro doing what he does best 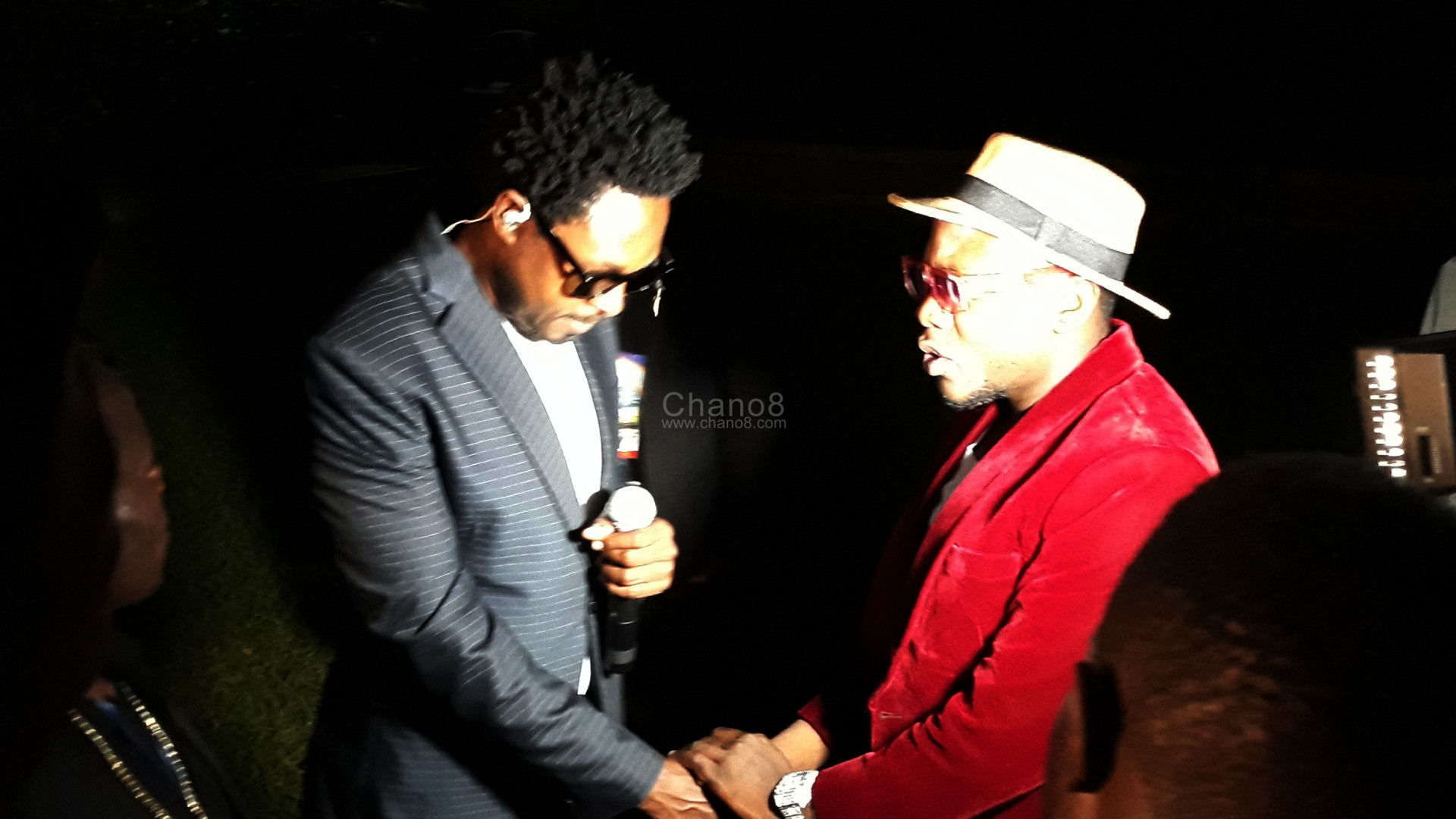 Singer Geosteady praying with Maro before he took to the stage 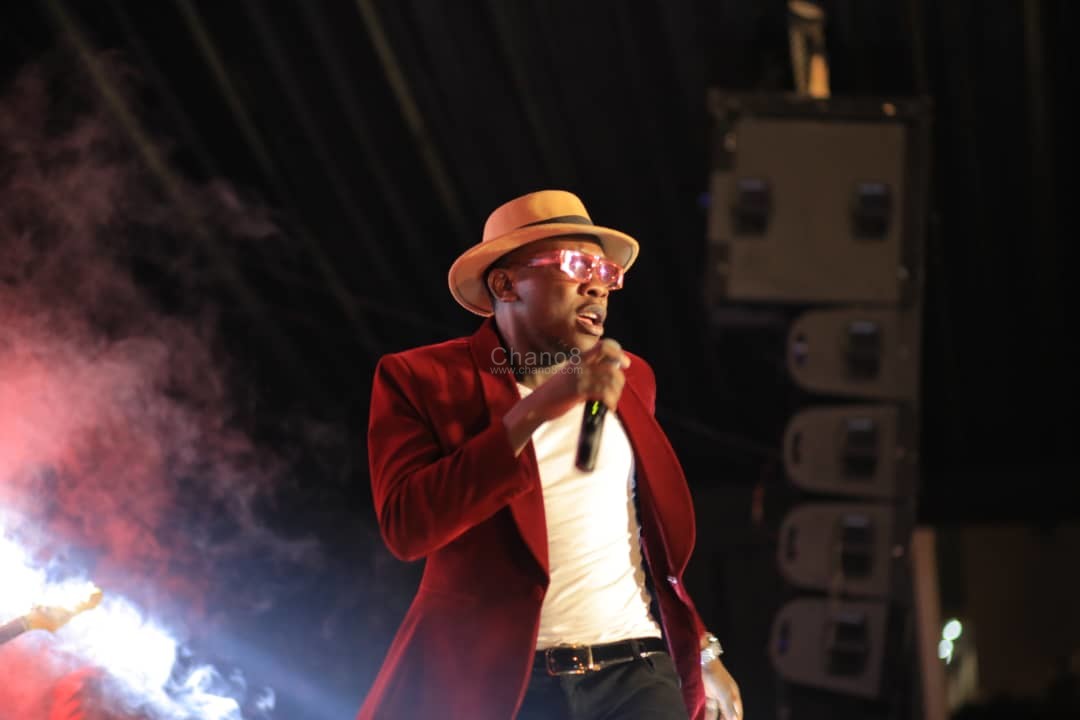 Geosteady was one of the artistes who performed 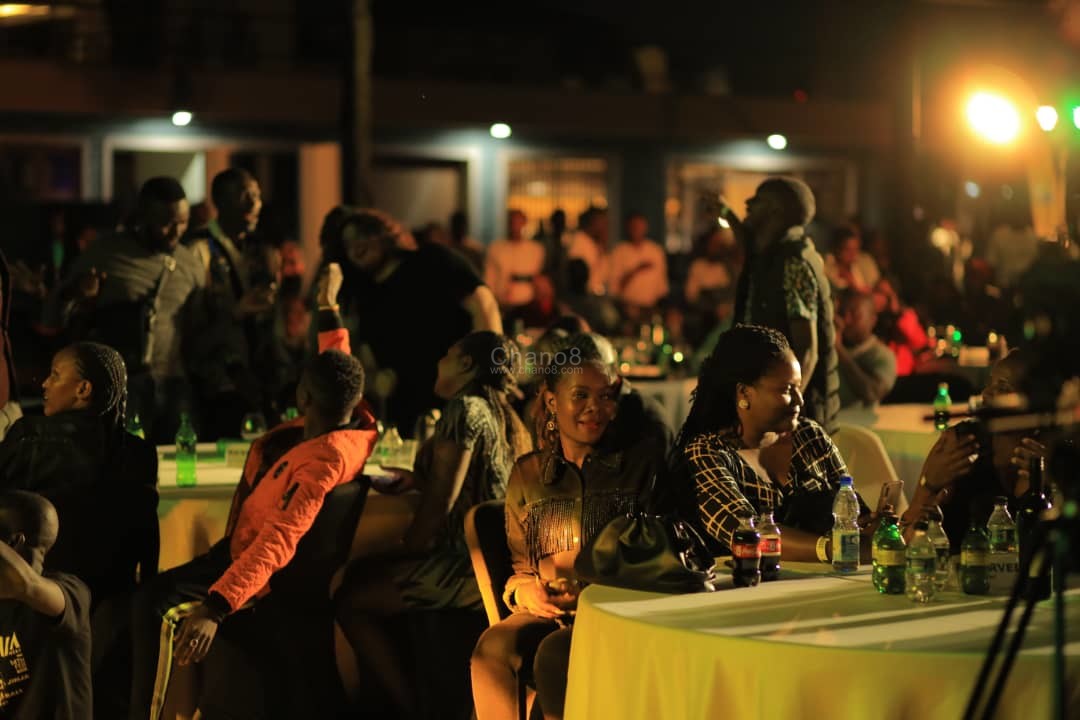 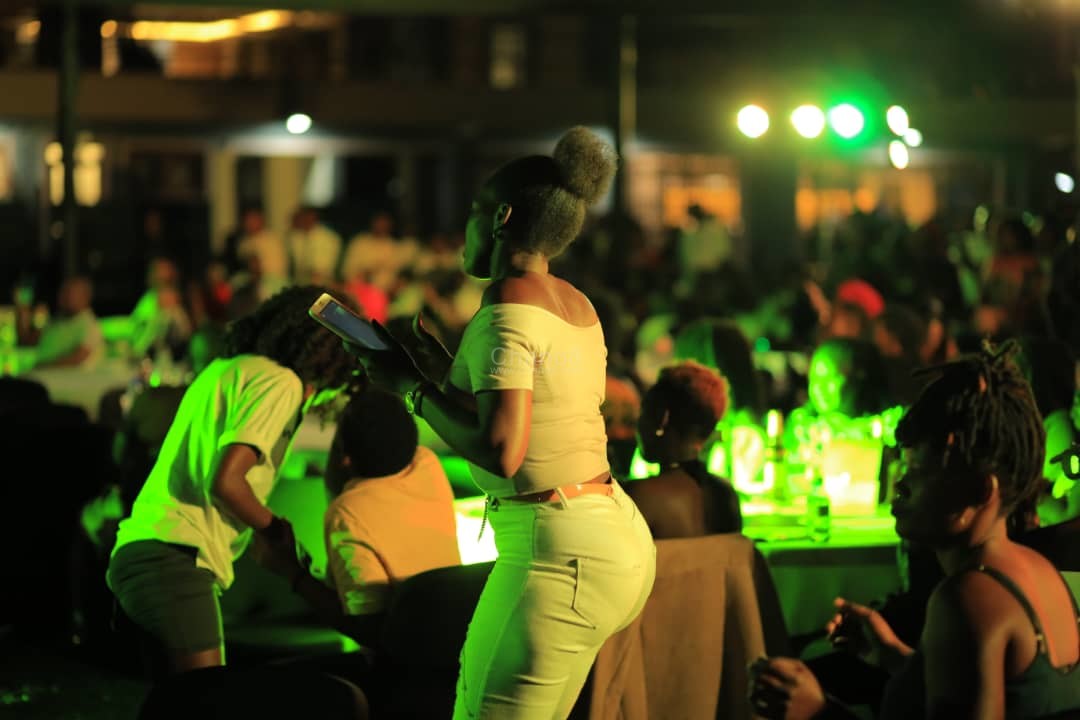 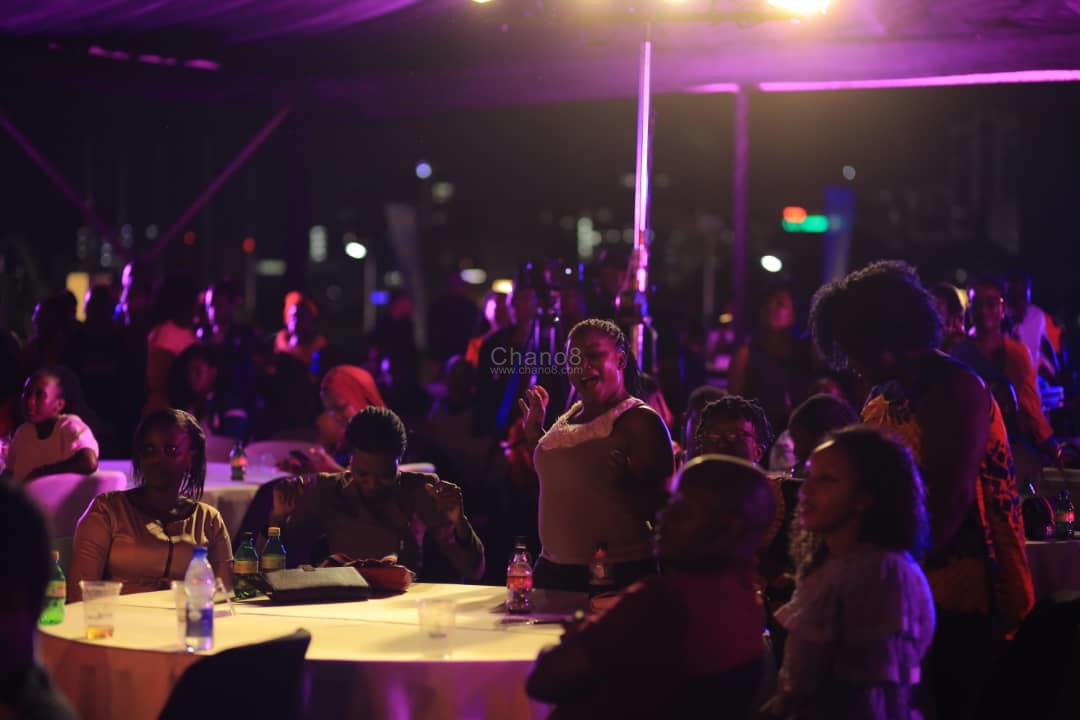 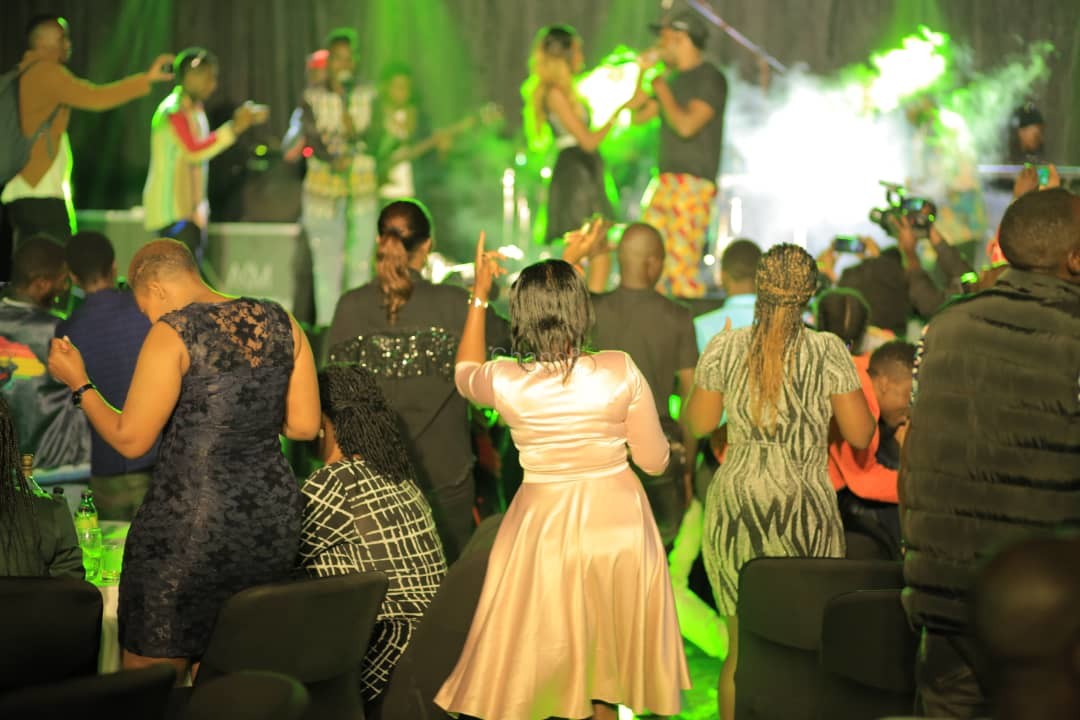