Tanzania’s bongo flava artiste Harmonize is in the country to spice up the most sought out comedy fest, the day being Valentines, Konde boy will be entertaining the revellers with his love ballads.

Harmonize arrived into the country today at 6:00pm aboard Uganda Airlines, the official airline sponsors of the Singleton Africa Laughs.  While addressing the media at Entebbe airport Harmonize couldn’t hide his excitement.

“Uganda, let’s all pull up tomorrow at Kololo Airstrip. I promise you all a memorable show and let’s not forget to enjoy the show as we celebrate love, it’s all about love.” 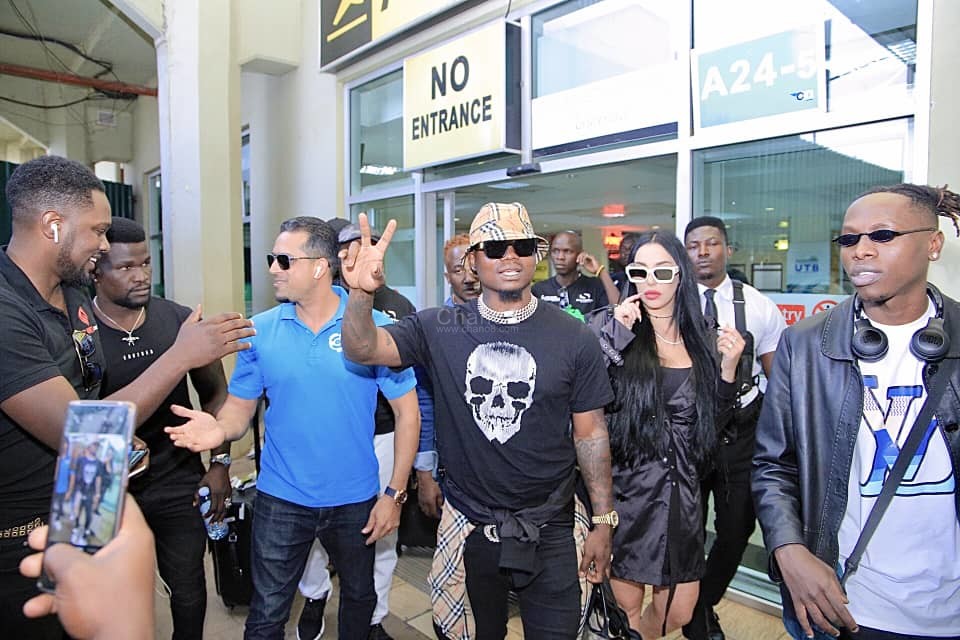 The Tanzanian super star was welcomed by Talent Africa’s Aly Alibhai (In blue T-Shirt) and other officials.

First held in 2013, Africa Laughs in partnership with The Singleton continues to be Uganda’s most sought-after comedy festival. The international comedy giants are already in the country warming up for the big night. 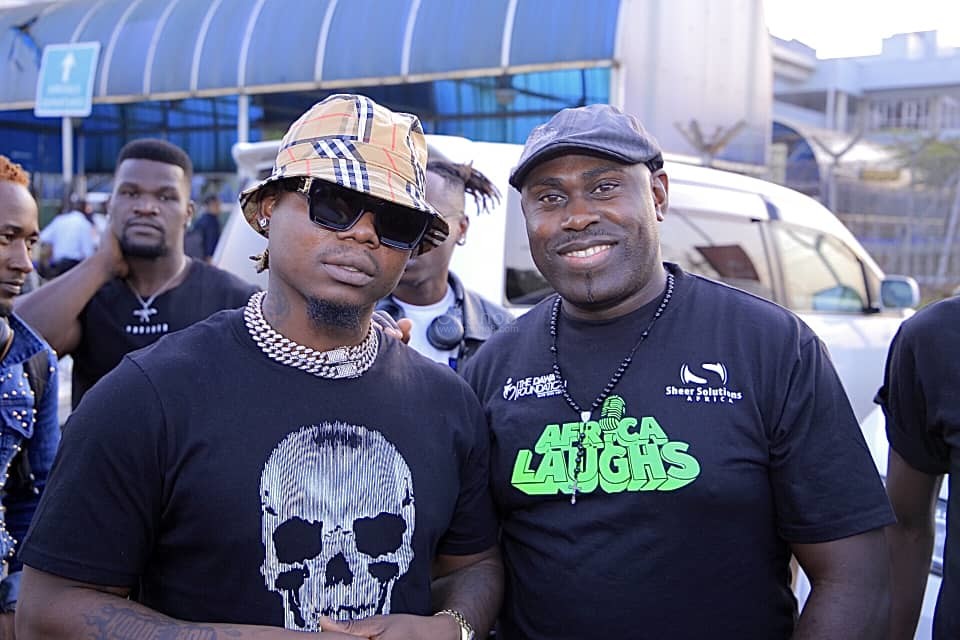